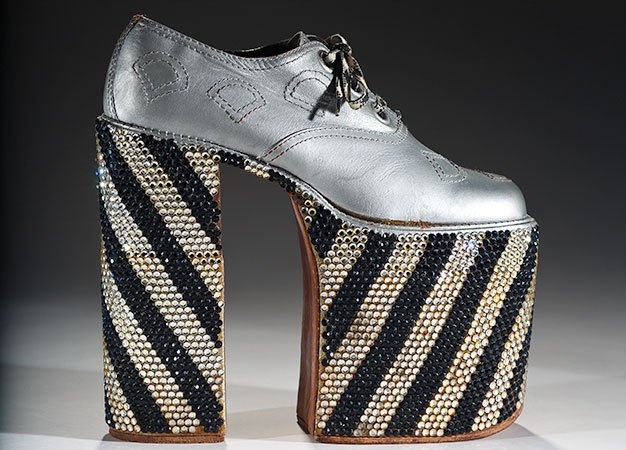 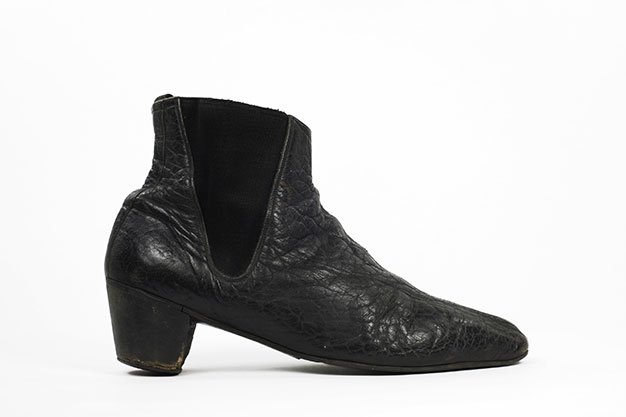 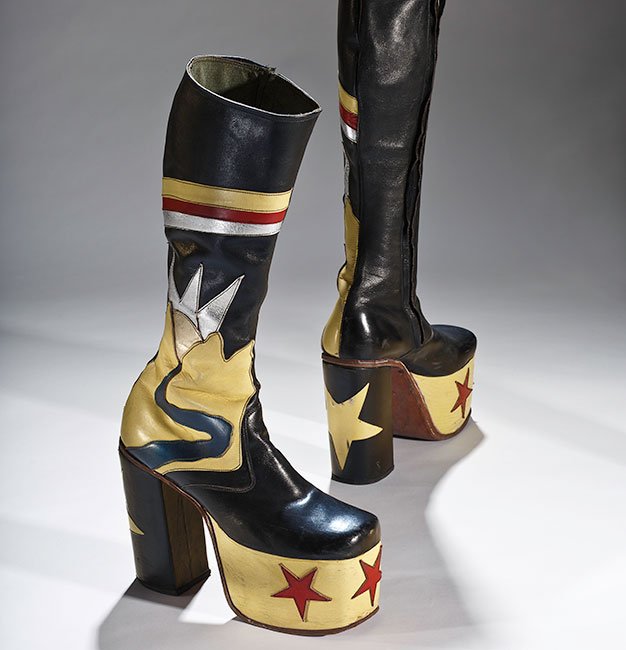 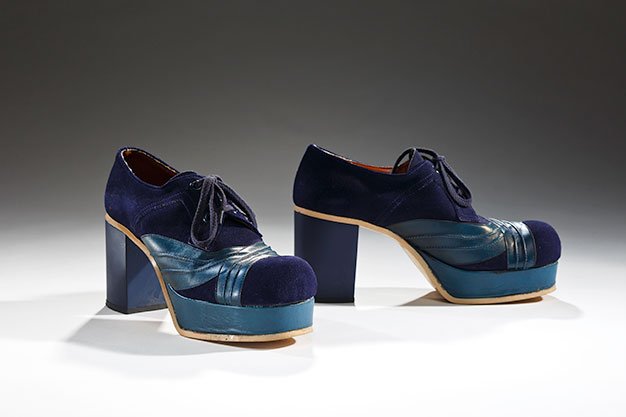 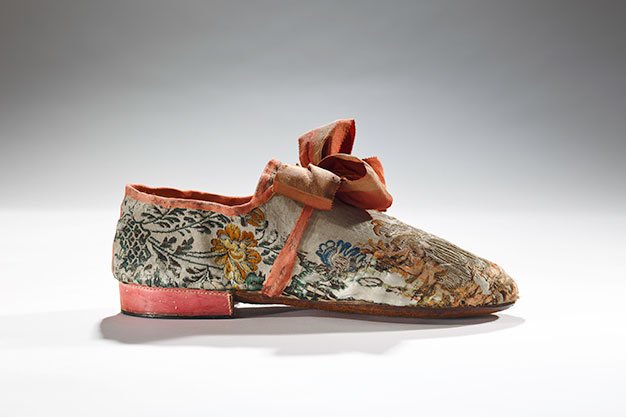 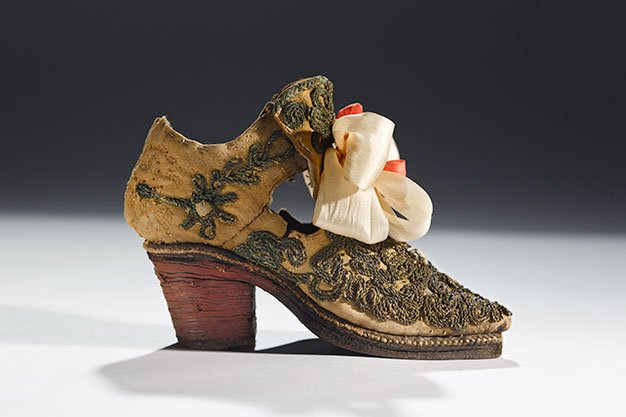 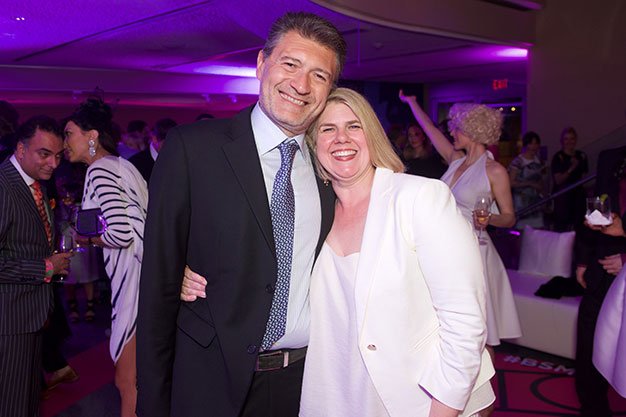 At the Bata Shoe Museum’s 20th anniversary $250-a-ticket gala, two men in raw denim, plaid button-downs and honking fire-engine-red heels link arms with curator Elizabeth Semmelhack to lead the crowd into the newest exhibit. As revellers applaud and jostle to get the first glimpse of Standing Tall: The Curious History of Men In Heels, what some may call a creepy old man turns to me and chuckles into his liquor: “It would’ve been better if they were women in heels.”

His quip actually quite perfectly illustrates the current state of high heels as symbols of hyper-sexualized femininity. As we click and clack through office corridors and teeter from taxis to dinner tables, many women have tried to convince themselves that heels are empowering. Unfortunately, history says otherwise– at least for females.

“The proof is in the stiletto. If the stiletto were an actual signifier of power, then men would be happy to wear it,” explains Semmelhack. “The fact that we laugh or are uncomfortable when we see men in stilettos suggests that it isn’t a powerful shoe.”

However, men weren’t always so averse to high heels. In fact, in the span of human history, they’ve worn them for much longer than women.

As far as Semmelhack can tell, heels first entered the scene in the 10th century Near East: “It was men who wore heels first. They allowed for more aggressive horseback riding, which was to the rider’s benefit in warfare and in hunting.”

As the Persian empire became more powerful under the leadership of Shah Abbas I in the 17th century, European men began to pick up on the style, associating it with military might and quickly adopting it as a form of upper-class dress.

“Throughout history, the upper class often wear the most impractical, easily damaged clothes as an expression of what they don’t have to do,” Semmelhack says.

Fashion-forward women who were playing with masculine wardrobe elements like hats with plumes and tobacco soon embraced the trend.

Things changed significantly in the 18th century due to Enlightenment thinking. Men, regardless of social class, were now seen as innately rational. “No longer was it station of birth that allowed you to participate in government. You could vote and own land simply because you were a man,” explains Semmelhack.

Women, in contrast, were cast as innately irrational and sentimental. Since the high heel is a destabilizing, impractical shoe when you’re not riding a horse, it became a symbol of femininity.

The cultural connotations of the high heel haven’t changed much since then, although men in heels did make a brief comeback in the 70s.

Gene Simmons and John Lennon are just two icons who added a few extra inches to their soles. It’s important to note, though, that these heels were very different from women’s heels. They were thick and chunky platforms. Men weren’t embracing femininity, but vying for male dominance and power.

“Hair was described as Jesus hair, not Virgin Mary hair. They wore high heels that referenced the court of Louis XIV,” says Semmelhack. The 70s rock stars and blaxploitation pimps who donned heels were models of hyper-masculinity who exercised sexual control over women.

“The 70s were a reaction to the very destabilizing 60s – things like civil rights and feminism,” she continues. “The trend was an exaggeration of masculinity, with extreme fashion thrown in to say that no matter what you do, no matter what changes, men are still men.”

Today, even though it’s proven that tall men are more likely to become CEOs and make more money, it’s unthinkable that a male would don a pair of pumps to increase his stature. “A man loses more by stepping into heels than he gains.”

Society simply can’t come to terms with the thought of a man giving up his inherent privilege to embrace something seen as feminine. This is, in part, why men’s fashion has been so very bland for years and why the public reacts so strongly to male-to-female trans journeys like Bruce Jenner’s.

“There’s nothing inherently gendered about high heels,” Semmelhack tells me. “If the feminine high heel becomes linked to actual power, then men would be as happy to wear it as women.”

As our culture becomes more comfortable with breaking gender constructs and a new wave of feminism forces change, perhaps stilettos for men won’t be a crazy idea for long. 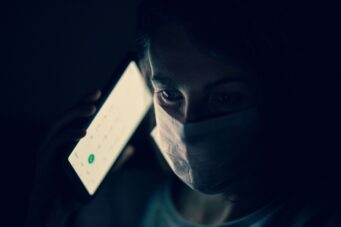