Ace of bass: Skrillex has turned the dubstep scene upside down. Haven't heard of him yet? You will. 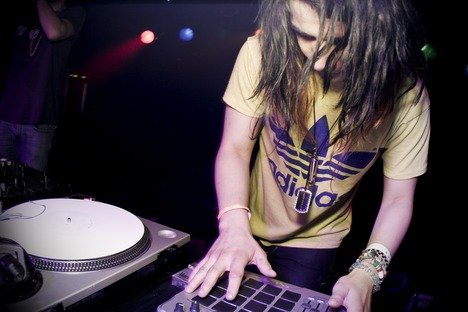 WIN tickets to this show! Enter at nowtoronto.com/contests

If you’re over 25, you probably haven’t heard of Skrillex. And if you have, it’s likely that you hate the kind of dance music he makes and blame him for corrupting and bastardizing the dubstep genre – or dance music as a whole if you’re particularly curmudgeonly.

None of that really matters to the kids who love his aggressive beats and pummelling bass lines. His combination of bangin’ electro house, throbbing dubstep, heavy metal aggression and pure pop glitter is genuinely new and shamelessly populist. 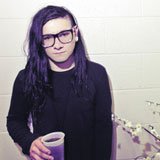 There’s not much middle ground when it comes to Skrillex (aka Sonny Moore): you either love him or hate him. But like the old punk rock maxim says, if you’re not pissing anybody off, you’re probably not doing anything interesting.

“I’m a sensitive guy, so I try not to think about the hate, or look for it,” admits Moore somewhat defensively. “I just want to make my music, and I’m not trying to please anyone in particular.”

He’s definitely pleasing some people, though. The numbers speak for themselves. His first commercially released EP only dropped in October, yet his Saturday gig at the Phoenix has been sold out for weeks, and tickets online are going for as much as $150 each. The Phoenix is about four times larger than Wrongbar, where he played an insanely intense sold-out gig just over two months ago.

Moore has already cranked out officially sanctioned remixes for pop heavyweights Lady Gaga, La Roux and Black Eyed Peas. He’s been signed to Mau5trap, the label of Canadian electro house international superstar Deadmau5. His Scary Monsters and Nice Sprites EP dominated the Beatport dance music charts in an unprecedented way in November, at one point holding eight of the top 10 spots as well as scoring the first-ever number one on the chart for a dubstep song (see sidebar).

I have never in my career had so many unsolicited pitches from random people desperate to cover this show in some way – pretty impressive for a 23-year-old producer who was largely unknown in the dance music world a year ago.

It reads like one of those mythical overnight success stories, but as is often the case, Moore has more musical history than his age suggests.

“It’s definitely not been an overnight success. I’ve been making music for a long time. I’ve been playing guitar, piano and singing since I was nine.”

Before his solo career as an electronic artist, he was the vocalist for L.A. post-hardcore band From First to Last, which he joined when he was just 16 and was signed to Epitaph at the time.

That punk rock energy is still reflected in Moore’s crazy live shows, which see him constantly stage-diving and crowd-surfing in a scene that looks like a cross between a out-of-control mosh pit and a full-on rave.

It might be that screamo connection that throws some people off, leading them to suspect he’s just jumping on the dance music bandwagon. But according to Moore, he was interested in dance music long before he played in a band.

“Absolutely. I was into electronic music before post-hardcore. This shift wasn’t about my changing musical tastes, because I’ve been listening to this kind of music my whole life.”

You get the sense that he’d rather not be fielding questions about his teen years on the Warped Tour. Not that he’s embarrassed about his past – just sick of explaining over and over that it’s not really that big a deal any more to like both punk and dubstep.

“I don’t have any problem talking about it – just if that’s all people want to talk about. All that information is out there already. Go on Wikipedia, it’s all there. When I started Skrillex, it didn’t matter, because it was a new name to everyone and nobody knew who I was. But now it’s all about me being that DJ who was in a band, and interviewers keep asking about the transition from rock to doing this.

You can’t help but suspect that Moore’s history played a tangible role in his rapid rise to fame. An unknown producer doesn’t get to do official Lady Gaga remixes without having some music industry friends. On the other hand, his success seems to have had more to do with the DIY approach he took releasing his early music for free on the internet his pop remixes only got attention after he blew up for his own tracks.

“When the My Name Is Skrillex EP came out in June, it was a free download and we didn’t have a publicist or anything, but it still did a couple hundred thousand downloads and was all over the blogs. Word was circulating, but it was under the radar of the normal media community, flowing from a different side of things.

As much as he’s now associated with dubstep’s rapid growth in North America, Moore’s L.A. take on the UK-born sub-genre is in no way reverent, and the style is only a small part of his overall sound. He borrows just as much from contemporary electro house and 90s IDM, not to mention metal, punk and straight-up pop.

He’s an outsider to the genre but has had more success with elements of the sound than the style’s original architects. You can imagine what the purists think about this.

“I was the first Beatport artist to hit number one with a dubstep song, so that word was thrown around a lot, but the people who come to the shows and buy my records know I’m not really a dubstep artist.”

It’s just one element of many in his sound, but he’s proud to say he’s helping to break the sound on this side of the Atlantic. Unlike most British dance music trends of the past few decades, elements of dubstep have been sneaking into the production of some of the biggest American R&B, hip-hop and pop stars in recent years, even if most listeners might not recognize it.

“I don’t think a straight-up dubstep track with no vocals will ever be big on American radio. Having said that, even extreme black metal somehow made it into the mainstream in a watered-down form.

“On that level, I think it has already happened. You can hear it in Usher and Britney Spears, and more and more pop artists are going to be borrowing from dubstep. It’s been happening in the UK for a long time, of course, but it’s definitely arrived in North America.”

So next time you hear that unmistakable wobble bass booming out of a car stereo and scaring your pets, blame Skrillex for helping unleash it on a massive scale.