Skull Fist at the Mod Club 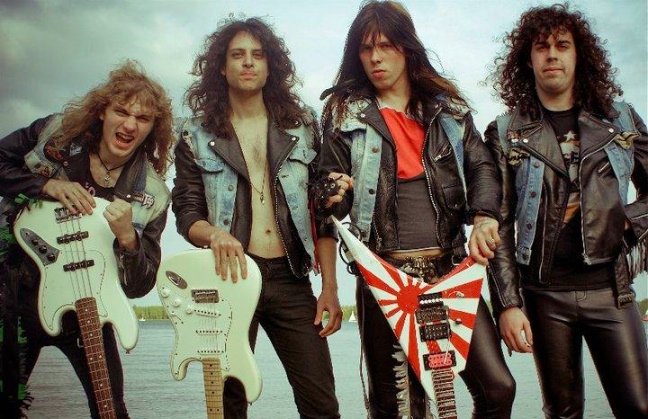 Toronto boasts a bunch of NWOTHM-leaning bands that travel the world playing to thousands but can barely fill the Bovine back home. But if the excitement levels and number of bodies filling the Mod Club for Skull Fist’s Chasing The Dream album release party are any indication, local support for the scene is on the up and up.

The power metal four-piece blazed full throttle through speedy tunes from their two albums, with raven-locked singer/guitarist Jackie Slaughter getting the packed house singing along to No False Metal and the righteous Head Of The Pack.

Only once did he break from guitar shredding and Halfordian levels of wailing – for an oddly straightforward cover of BTO’s Takin’ Care Of Business. After that, it was back to carrying second axe slinger Jonny Nesta on his shoulders and, later, crowd-surfing on his back while soloing.

You’d think road fatigue might’ve set in after touring Europe for the last month, but the band had energy to burn, thanks in part to the night’s good vibes. “I never thought I’d see this in Toronto!” exclaimed Nesta, beaming as he looked out into the rambunctious, beer-swilling crowd. Fans eager to surf filled the stage by the end.

Earlier, local four-piece Fatality played a high-energy set of thrashy songs with complex structures that beg to be listened to on record. They were tight, tight, tight.