Daniel Craig continues to kill it 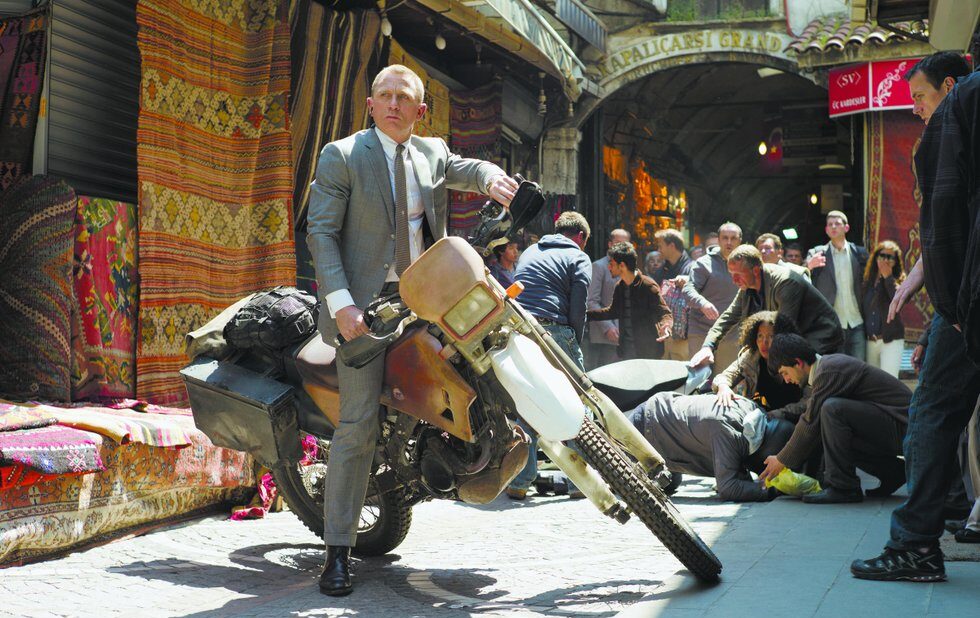 Daniel Craig revs up his engine and ours.

Daniel Craig revs up his engine – and ours.

From the very first shot of Skyfall, it’s clear that this isn’t just another James Bond movie.

There’s no opening gunsight sequence – though we do hear the signature musical sting as Daniel Craig’s 007 steps into frame. And then things get messy, as we’re plunged into a mission gone disastrously wrong, which sets the tone nicely for the character’s 23rd outing.

After the clumsy Quantum Of Solace, which tried to speed up the transformation of Casino Royale’s battered, freshly licensed Bond into the slick, super-competent operative we’ve known for decades, the 007 of Skyfall spends a lot of time being uncertain.

He’s wounded, off-balance and not sure who he can trust – and that’s before a mysterious cyberterrorist blows up MI-6 as part of a vendetta against M (Judi Dench). This is a more human-scale adventure this time it’s personal.

Personal, too, is the way Skyfall exploits our cultural connection to Bond it’s loaded with nods to previous pictures. Master cinematographer and frequent Coen brothers collaborator Roger Deakins makes this the most visually striking Bond yet, with images that treat Craig as the icon he’s becoming. Sam Mendes lets his cast invest the action sequences with soul and depth. (Not too hard when that cast includes Dench, Ralph Fiennes and Albert Finney.)

But it all rests on Craig. I think he’s actually my favourite Bond now. I used to argue for Connery or even Dalton, but Craig gets closest to embodying Ian Fleming’s tuxedoed thug. He’s a man of brute force who solves most problems by crashing into them headlong. This time, having suffered a chest wound in the line of duty, he does most of his fighting with his legs.

Craig gets to do a different sort of sparring with Javier Bardem as the movie’s Big Bad. I might be in the minority, but I’m not that taken with Bardem. The character is a weird cross between the Joker and Hannibal Lecter with a little Two-Face thrown in, and Bardem hams it up as if he’s playing opposite Roger Moore.

If Casino Royale rebooted the Bond franchise and Quantum Of Solace tried too hard to undo that reboot, Skyfall finds a very comfortable equilibrium. I’m conflicted about what the very last scenes say about where the franchise is headed, but that’s a question for another picture.