Sleeping With Other People

SLEEPING WITH OTHER PEOPLE 100 minutes. Rating: N Where to. 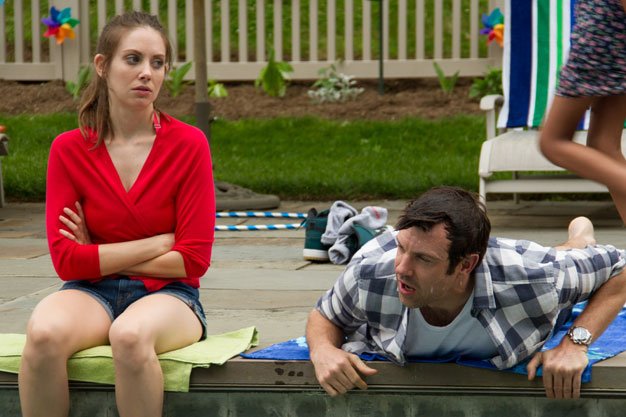 he ruins the genuinely promising elements of the picture: fun supporting turns by McGregor and Paltrow

I love pretty much everything in Sleeping With Other People: Jason Sudeikis, Adam Scott, Alison Brie, Jason Mantzoukas, Amanda Peet, Andrea Savage, New York City, all of it.

And yet this is a contrived, witless, utterly infuriating movie. Barely five minutes in, I wanted to pick it up and shake it like a snow globe in the hope that the elements would then settle in a more pleasing manner.

Writer/director Leslye Headland takes that astonishingly talented cast and forces them to play-act their way through her spin on When Harry Met Sally. Usually the go-to scene stealers in whatever project they’re in, Sudeikis and Brie are cast as terrible people who banged once in college and meet again as super-hot 30-somethings to become platonic best friends.

He helps her get over a sexual obsession she helps him understand what human interaction is like. Will they fall for one another? Why even ask?

Like last year’s Zac Efron atrocity That Awkward Moment, this is a movie that doesn’t understand that its central characters are sociopaths. It’s also a staggeringly unfunny waste of everyone involved.