When one door closes, another one opens - sometimes to America 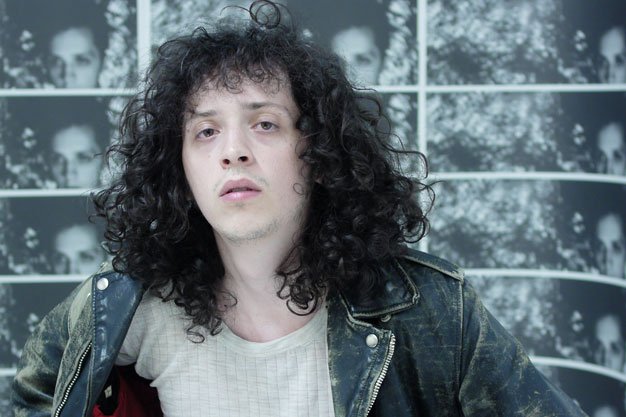 In 2010, the Toronto art rocker made the challenging narrative-and-orchestral album A Hound At The Hem that his then label, Paper Bag, decided not to release. (Editor’s note: He gave it a small release in 2012 on his own Calico label and Toronto’s Pleasence Records.) He followed it up with 2012’s relatively more conventional Sof’ Sike, which they did.

Fast-forward two years, when Jonathan Galkin of New York City-based DFA Records, co-founded by LCD Soundsystem’s James Murphy, stumbled across Hound through an internet coincidence, liked what he heard and released it this past October.

“At the time [Paper Bag took a pass] it seemed like a devastating insult to me,” says the Toronto musician, born Max Turnbull, over the telephone. “But it ended up being a great thing. I got double the material, and so many different opportunities came about from having to go through that.”

Partly inspired by Nabokov’s Lolita, Hound’s suite of interrelated songs fuses orchestration, rock textures and idiosyncratic sound ideas. The making of it was such a personal artistic challenge that Turnbull considers it a huge turning point for him in the areas of producing, arranging, songwriting and mixing – all of which he did largely by himself, with aid from a few collaborators and string arrangements by Owen Pallett, on the Toronto Islands.

“The experience was my equivalent of going to university. It was like my thesis project. It was a way for me to expand what I thought I was capable of and try ideas I wasn’t entirely comfortable with. I think of that time, I’m not sure if I’d say ‘fondly,’ because it was really dramatic. And the process of bringing it to a larger release has been a struggle. But it’s all been really beneficial.”

Did having it find a second life on a prestigious American indie label, which will also release a new Slim Twig full-length later this year, feel like sweet payback?

“It’s made me think a lot about what it means to be validated by American ears,” says the thoughtful Turnbull, expressing gratitude for the boost Paper Bag gave his early career. “I’d be lying if I said it didn’t feel good or important or door-opening for me. It’s like being drafted into the NBA. A way out of Canada. And that’s a sobering thought for a person who loves to live in Toronto and considers himself a Canadian musician.

“But having gone through the whole record label system in Canada and seeing how it wasn’t designed for an artist like me, and then working with DFA, it’s been a study in contrasts.”