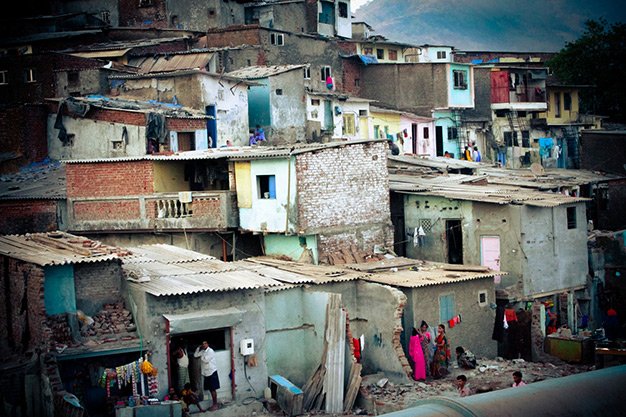 Slums: Cities Of Tomorrow never homes in on an argument or point.

Slums: Cities Of Tomorrow never homes in on an argument or point.

The documentary Slums: Cities Of Tomorrow tours “squatter communities” from Bangalore to New Jersey, offering an emotionally flat survey with only a few insights. The film never homes in on an argument or a point.

Like its subject, Slums is overpopulated, a filmed Rolodex of talking heads. Sociologists take turns defining low-to-no-income makeshift neighbourhoods around the world, while the people who live in them briefly list their struggles and joys. Most residents are only filmed long enough to deliver a pull quote, so it’s impossible to make a human connection to them.

Only an Indian mother earns our sympathy, not so much for her squalid housing but for the brave front she puts up. She instructs her children to lie at school about how well they eat so they can avoid being tormented for coming from the slums.