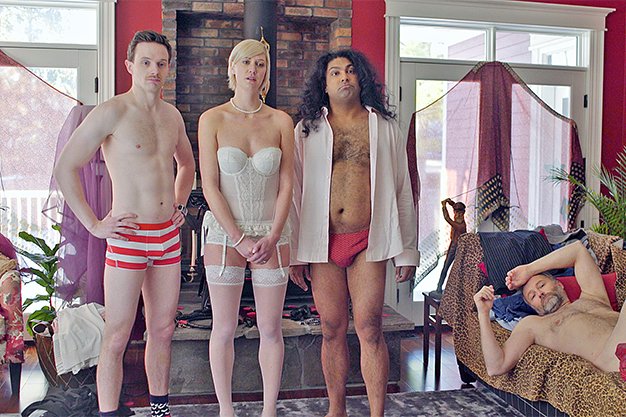 Jewel Staite (Firefly) stars as Cassie Cranston, a big-city sex columnist who returns to her hometown of Beaver Ridge, Ontario, for her mother’s funeral only to find herself enlisted in the titular activity by a bunch of would-be swingers.

As in his last feature, Sex After Kids, writer/director Jeremy LaLonde builds comedy out of the collision of desire and reality and gives everyone in the considerable ensemble cast – which also includes Orphan Black’s Kristian Bruun and Hannibal’s Katharine Isabelle in an unexpected comic breakout – a moment to shine.