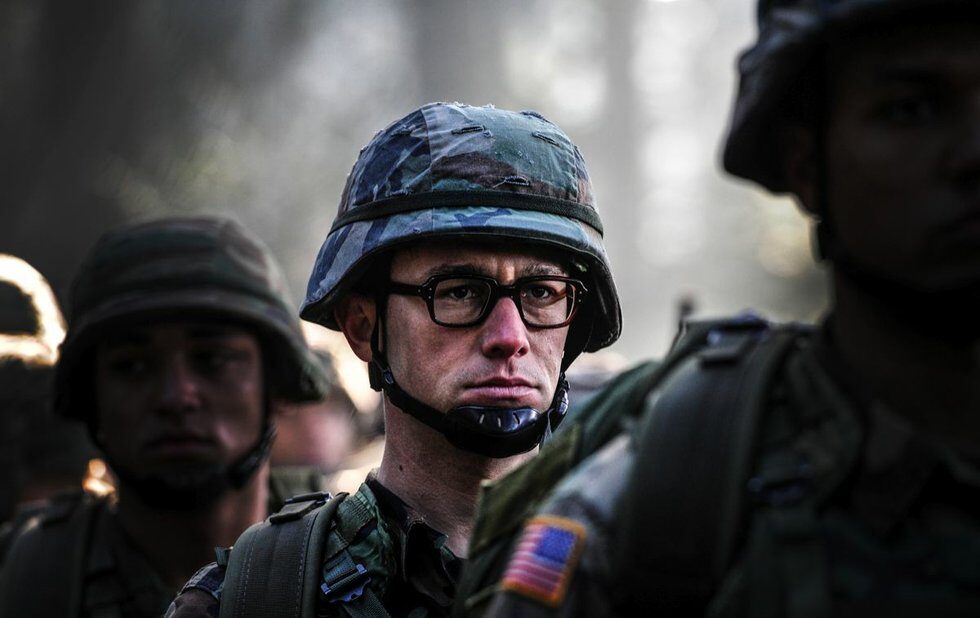 Edward Snowden’s slow awakening to the terrifying ramifications of the U.S. government’s illegal monitoring of its citizens is a study in justified paranoia, so naturally it makes for Oliver Stone’s best film in years.

Snowden follows its protagonist – played by Joseph Gordon-Levitt with an almost eerie calm – through nearly a decade of his life as he works his way through the intelligence industry. A stint in the CIA leads to a position at a top-secret Hawaii project tracking all electronic communications – including the laptop camera of anyone a given operator wants to peep on.

Stone’s signature nervous energy is suited to the subject, and he packs the film with interesting actors: Shailene Woodley as Snowden’s long-time girlfriend, Lindsay Mills Rhys Ifans, Nicolas Cage and Timothy Olyphant turn up as various spooks and Melissa Leo, Zachary Quinto and Tom Wilkinson play Laura Poitras, Glenn Greenwald and Ewen Mac­Askill, whom Snowden relied upon to get his message out.

There isn’t a weak performance in the bunch, but Gordon-Levitt anchors it all.