A look back at the best of the fest 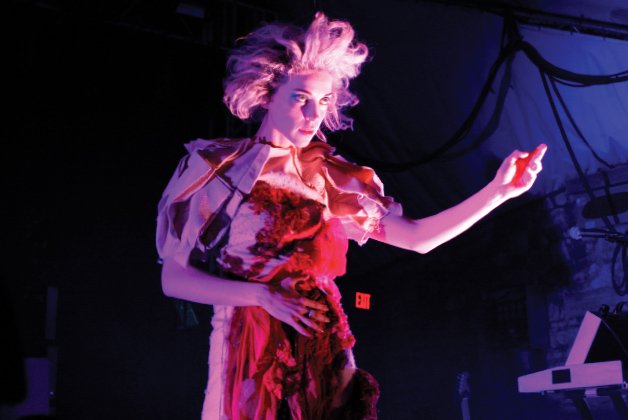 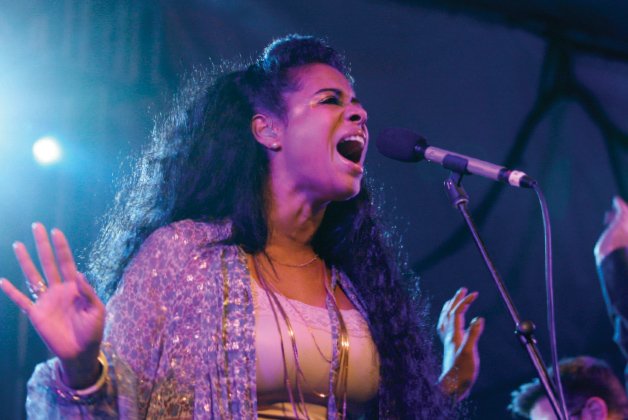 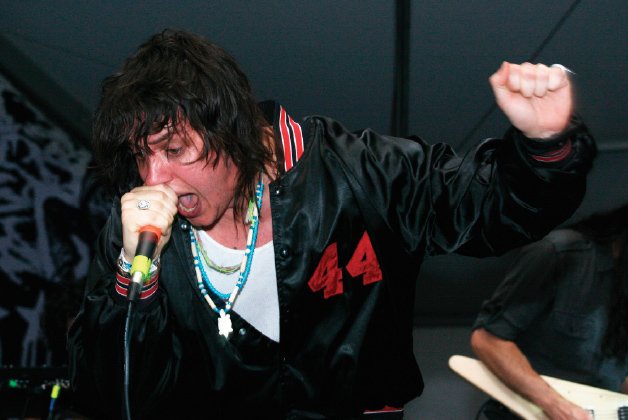 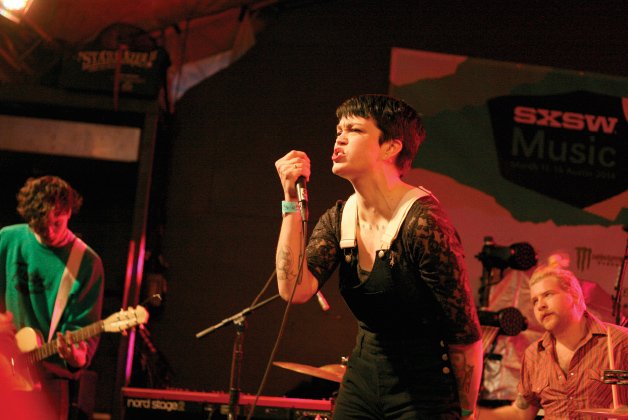 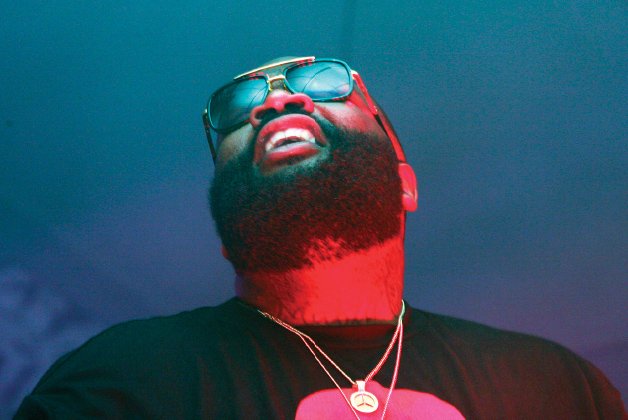 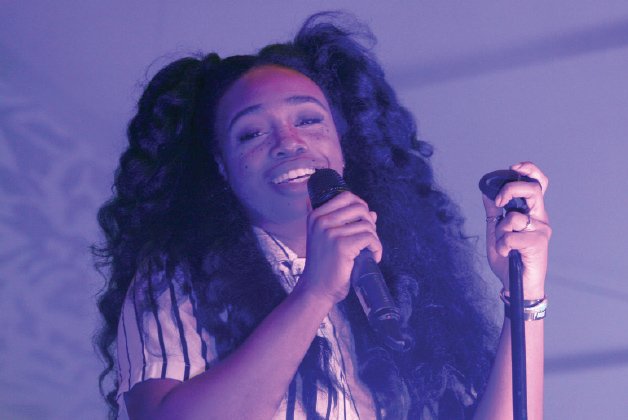 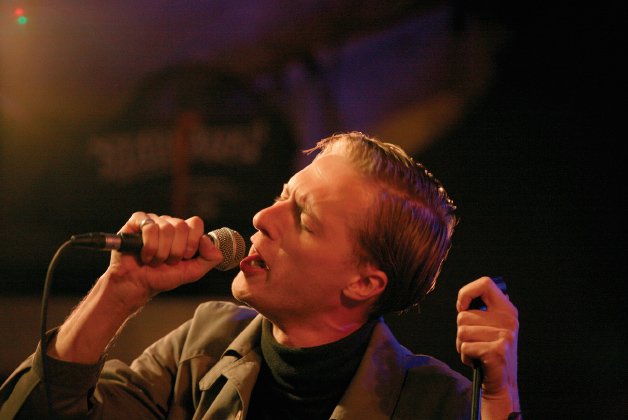 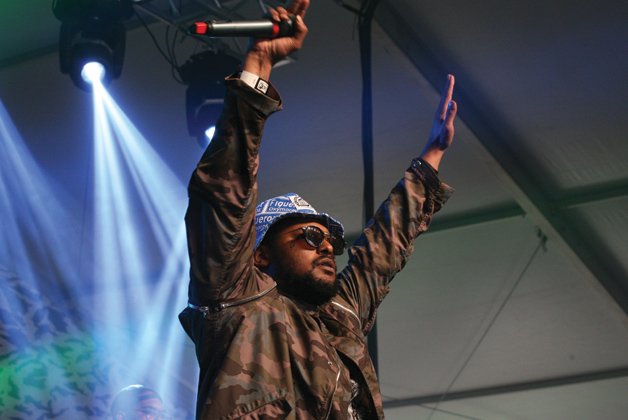 St. Vincent’s 2009 album was called Actor, so, really, we should have known.

Rocking a mass of silver-lavender hair and what looked like a couture dress, Annie Clark gave a theatrical performance of tunes, many from her just-released, critically adored eponymous album, including Rattlesnake, Birth In Reverse and Digital Witness.

Almost robotic on her guitar (in the best possible way), Clark was in kooky character the entire time, going limp like a marionette when the lights dimmed, then coming back to life for the next song. Incredibly expressive, with quirky stage banter in between.

We don’t yet know where she’ll play during NXNE, but Yonge-Dundas Square would be an excellent choice.

Flipping his dead-straight, middle-parted mane (the best perm in music since André 3000 – actually, better) with utter confidence, stylish Rick James-meets-Outkast-meets-Snoop Dogg mack rapper 100s performed all the songs from his delightful EP, Ivry. I was probably one of five people who knew all the words (Ivry was my soundtrack the week before the fest), but the emcee performed as if he were in front of a legion of fans.

If you want to know what 100s is all about, listen to Ten Freaky Hoes. He finished with that one, and what a singalong it was.

Even from outside the unofficial but still majorly legit Fader Fort, you could hear Eagulls screaming. The band, not the birds of prey. There was a lot of Southby buzz about the British post-punk five-piece and they definitely rip.

Frontman George Mitchell’s voice is ragged but soulful, and the songs – accessible to fans of pop and indie rock – translate well live. Plus, Mitchell has a ton of aloof charisma. Cool as it was in the open-air setting, we wish we’d caught their shows at smaller, divier venues, where things would’ve been even more intense.

Schoolboy Q hasn’t had a show in Toronto in three years. So we weren’t sure what to expect from the Top Dawg Entertainment rapper, whose album Oxymoron recently went to number one on Billboard. We just knew we wanted to catch him while we could. (His upcoming world tour curiously skips Canada.)

We definitely didn’t expect such a ham.

He also made hilarious jabs about the size of the stage – a tiny platform area. Most importantly, though, he chose a set (Hands On The Wheel, There He Go, Collard Greens) that had the chilled-out afternoon crowd nearly moshing. Never has a group of less gangster people yelled “Gangsta, gangsta, gangsta” at the top of their lungs.

Does it seem bandwagony to be raving about Future Islands now, after their appearance on David Letterman made them YouTube sensations? Maybe, but we don’t care. Frontman Samuel T. Herring was all we could have hoped for. The Baltimore native brought the same strange, magnetic qualities that he displayed on late-night TV.

The contrast between Herring – his voice alternates between smooth and a monstrous growl, his moves are hip-swaying and bootylicious – and his laid-back, motionless bandmates is fantastic.

Plus, we’ve had the band’s hit, Seasons, on repeat for four days. Literally.

It’s impossible to talk about all the good at SXSW and not acknowledge the car crash that has now left three dead and many more injured. The driver was 21. If convicted, he faces the death penalty.

It was an incredibly reckless act. But it also prompts questions about the festival’s security. Were the barriers the driver plowed through strong enough? Should more streets have been pedestrian-only?

As for the latter, I believe so. The majority of my time in Austin I felt completley safe. But some streets were blocked off, and some weren’t. With pedestrians everywhere, it was really hard to tell the difference.

Sometimes, seeing a crowd of people, you’d start strolling into the street only to look over and see four cars lined up waiting for a green light. Dangerous, especially considering the party atmosphere.

After nearly three decades of relatively incident-free festivals, SXSW will have to reconsider its size and the appropriate security measures it needs to implement.