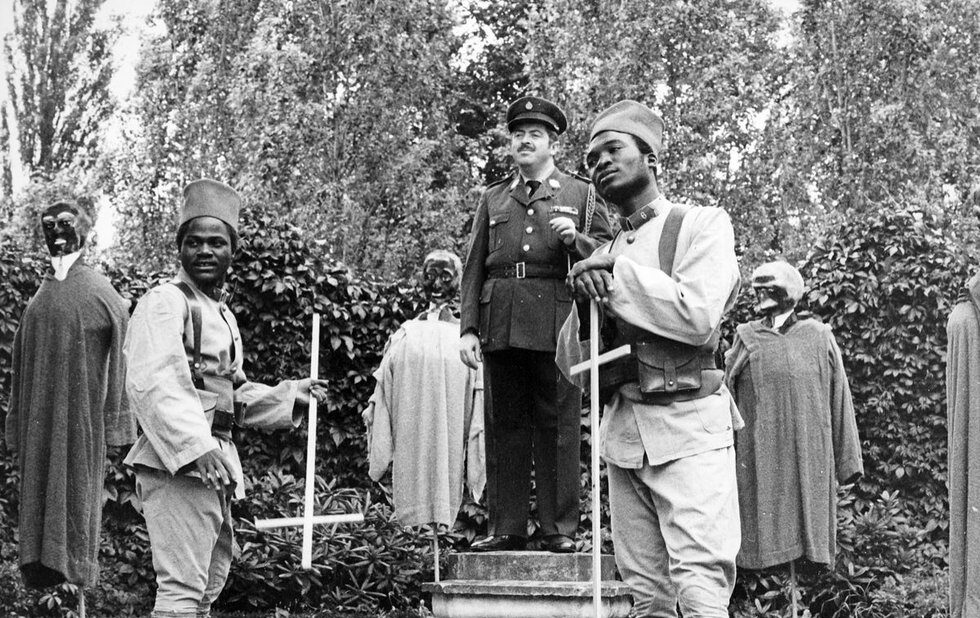 Soleil O is a bit like Ousmane Sembene’s Black Girl, but with the volume cranked loud and a wicked sense of humour that doesn’t soothe its bitter sting. It’s Med Hondo’s 1970 debut feature, screening Thursday (August 4) at the TIFF Bell Lightbox as the first film in The Indocile Image, a retrospective of his work running to August 16.

Hondo, a pillar of African cinema, will be on hand to introduce Soleil O, a crafty and masterful look at neocolo-nialism that begins with a wild, absurdist sketch about how the African first came under the white man’s thumb. Cut to Paris, where a hopeful Black accountant, who describes his mind as “bleached white,” arrives looking for work. He either gets the cold shoulder or warm invitations to be -exploited.

That’s an oversimplification. So many sequences and frames speak volumes about the identities branded onto Black skin and the nameless protagonist’s desperate attempts to break free.

Hondo boldly shows off his influences, from Eisenstein to Godard, slapping them together but eventually finding a voice that is uniquely his own.

You’ll be surprised at how enjoyable this film is, and saddened that the -subject is still relevant.