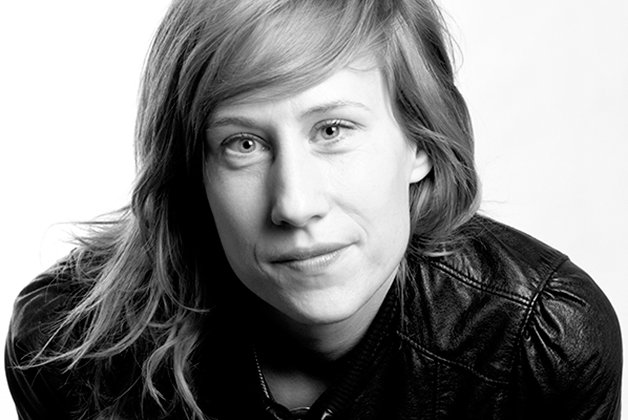 They meet in a sweaty room in an unnamed developing nation, he a Western business consultant and she a young woman, possibly a child, he’s hired for the evening.

But sex, though it’s always in the air, isn’t the only thing that drives Soliciting Temptation. Written by award-winning Erin Shields (If We Were Birds), the play examines class, privilege and longing.

Director Andrea Donaldson has been working with Shields on the script for almost two years, from the time that Donaldson became assistant artistic director at the Tarragon. But the creative relationship between the two goes back more than a decade to The Unfortunate Misadventures Of Masha Galinski and Montparnasse (the latter created with Maev Beaty).

“We’ve always worked from scratch and then invested a lot of long-time work in projects, often a few years,” recalls Donaldson. “For this play, our workshops have focused on the back story for these two characters so that we had a clear understanding of the stakes between them, what’s true and what’s not true in what they say.”

One of the key things they discussed was casting, which is a major part of Donaldson’s Tarragon job.

“In terms of the man, we wanted someone who would be endearing and sympathetic, not a monster quickly judged by the audience. We thought about someone who’d be a lot like your dad or a great man in the community. He’d also see himself as a good guy, though he has a fantasy life he doesn’t always acknowledge.”

Finding the woman to play opposite him was just as difficult, for she had to have acting chops but also appear to be believably young. “Otherwise,” notes Donaldson, “we can’t fall into and accept the story’s setup.”

They chose Soulpepper regular Derek Boyes and newcomer Miriam Fernandes for the couple, who must create a world where viewers aren’t sure what’s real and what’s not.

“In its early days, the piece moved more into fantasy, and part of the workshopping process was discovering how much we wanted that element to swell. In the end, moments surge to a slightly heightened place, but less than I imagined they would when we first started working on the script.”

What’s equally important, says the director, is that both characters want to be in the room, choosing to stay for a series of arguments and fights.

“There are internal and external forces that keep them there. Each pursues different things, and that pursuit has a lot to do with desires both conscious and unconscious. They’re equal partners, well matched, and I think by the encounter’s conclusion they end up both in love with and hating each other.”

The production intentionally turns viewers into voyeurs in the hotel room, another point that the director and writer tinkered with during workshops.

“We played with how the audience should be situated around the stage area, what the room would look like. The space is small and the energy in it becomes increasingly intense.

“The experience will be intimate, with each seat in the theatre giving a different point of view, so at times you watch the action through the man’s eyes and at others through the woman’s. We’re all in it together.”