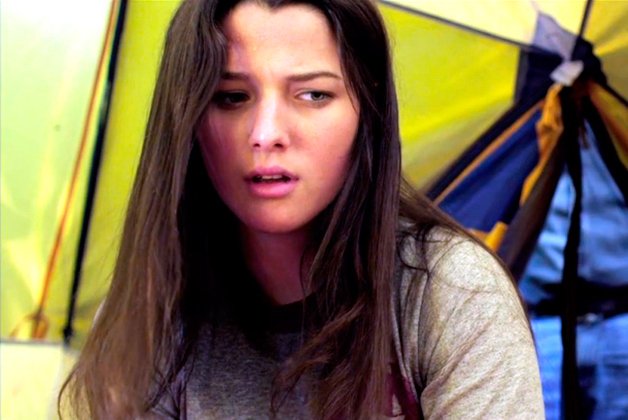 Annie Clark gets lost in the woods in the spooky Solo.

The feature debut of Toronto writer-director Isaac Cravit, Solo stars Degrassi: The Next Generation’s Annie Clark as Gillian, a young woman training to be a summer camp counsellor. The last step involves spending two nights alone on a small island, so she can be trusted to care for her campers if they get stranded on a canoe trip. Seems sensible enough.

Except that Gillian is not quite as seasoned as her application claimed, and she’s kind of creeped out by the story of a little girl who disappeared on that island decades earlier. The first night she’s a little spooked and the next day in genuine danger.

Solo has the misfortune of arriving in the shadow of Katie Aselton’s Black Rock, another female-centric survival thriller set on an isolated island. Aselton’s film was tighter and somewhat smarter about its action mechanics, especially in its final movement.

That doesn’t mean Cravit’s movie can’t be enjoyed on its own, more modest merits: Clark is solid as a young woman being tested on multiple fronts, and her co-stars are never less than convincing, even when their characters are required to act in ways that aren’t entirely logical or credible just to keep the story going.