EYE IN THE SKY directed by Gavin Hood, written by Guy Hibbert, with Helen Mirren, Aaron Paul, Alan Rickman and. 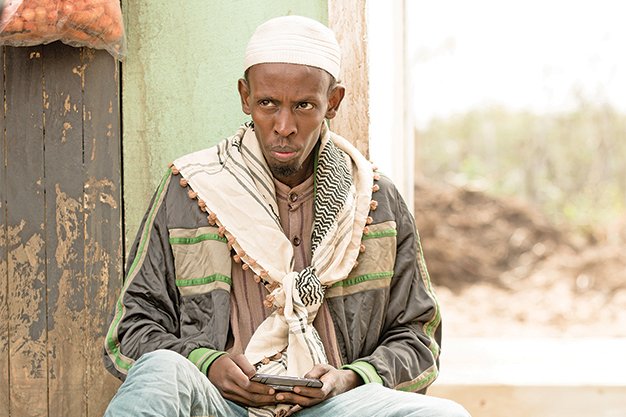 Hes building on the momentum from his Oscar-nominated performance in Captain Phillips as an empathetic pirate. But the Somali-American actor, who immortalized the phrase Im the Captain now, is currently navigating Hollywoods lack of imagination when it comes to diverse casting. You can guess the kind of offers Abdi has been fielding.

A lot of scripts come in, says the actor, in Toronto during last years TIFF. There are only so many you can do, and only so many that go with where you see yourself and what level you want to take it to next. I wanted to open my range I didnt want to be labelled as the bad guy.

He found his opportunity to shake up that image in Eye In The Sky. The thriller features an ensemble cast playing various political and military personnel weighing the opportunity against the consequences of an impending drone strike. As in Captain Phillips, Abdi steals the show (among co-stars the likes of Helen Mirren and the late Alan Rickman) as the on-the-ground agent near the attack site trying to keep a little girl from becoming collateral damage.

The film delves deep into political discussions regarding the war on terror, something Abdi usually refrains from getting into. But since our interview is taking place on the anniversary of 9/11, he takes the opportunity to recall that day.

I was in civics class [in Minneapolis], Abdi remembers. The teacher turned off the lights. We were watching a video about early America. I went to the bathroom when I came back they were watching 9/11 live. I was thinking it was another old video. I only realized after I left the class, This is happening now.

While 9/11 and the subsequent war on terror havent directly affected him apart from the occasional airport snafu, he has witnessed changes in his Somali expat community in Minneapolis: people he knew by association left to join Al-Shabaab or ISIS.

If Abdi sounds hurt by these events, its because hes intimately attached to his community. The former limo driver hails from Minneapoliss Riverside Plaza, a brutalist tower complex dubbed Little Mogadishu.

Its a great community, he says. A very loving community. In time, a lot of bad stuffed happened. The teenagers who grew up made mistakes. No one is perfect.

He compares it to our Dixon Road neighbourhood, his familiarity with Toronto taking me by surprise since this is his first visit to Canada.

A lot of Somali-Canadians come to Minnesota, says Abdi, explaining his intel. They brag about Dixon.

When I mention that the Dixon Bloods are the gang that got involved with Torontos former mayor Rob Ford, Abdi smiles knowingly. I heard that story.

See our review of Eye in the Sky here.