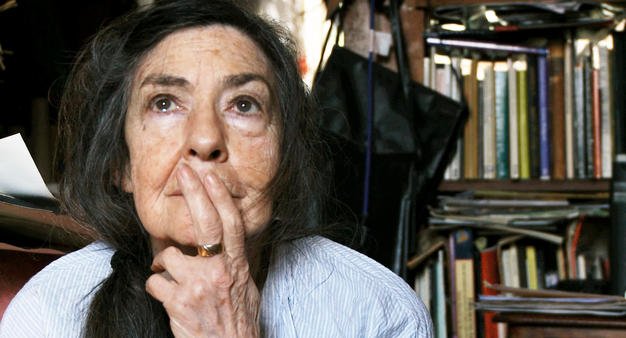 Thomas Burstyn’s documentary looks at first like an indulgent examination of his own family’s intimacy issues. But soon it blossoms into an emotionally charged investigation into the universal themes of familial love, ambivalence and obligation.

Burstyn, a child of second world war refugees, declares early on that his first interest is his estranged brother, but then, after his parents die, he takes a trip to London, England, to visit his aunt Yolanda Sonnabend, an accomplished painter and sought-after set and costume designer.

He’s surprised to find that Yolanda’s brother Joseph Sonnabend, a famed AIDs physician – he coined the term “safe sex” – is living with her, an odd circumstance for siblings in their 70s.

What’s more unusual is their love-hate relationship. Joseph can barely tolerate the mercurial Yolanda and her chaotic home and seems not to appreciate her artistry either. She, in turn, is witheringly dismissive of him. Yet he’s hugely protective of her, suggesting she’s too vulnerable for a documentary project, at first refusing to be filmed, and complaining about prurient audiences and the duplicity of the camera.

Eventually he relents, and the result is a riveting portrait of the problematic connection between two fascinating characters. The intrigue deepens when Burstyn returns two years later to find Yolanda suffering from full-on dementia and Joseph still fulfilling caretaking obligations and fully outraged at the idea that Burstyn wants to continue filming. “I don’t care very much for my sister, but I wouldn’t do this to her,” he says.

Eventually, Burstyn circles back to his brother in scenes that have emotional resonance, but they don’t come close to the sequences in which the two elderly siblings fight for their dignity.

This one really creeps up on you. 81 minutes.