Review: Song Of The Sea 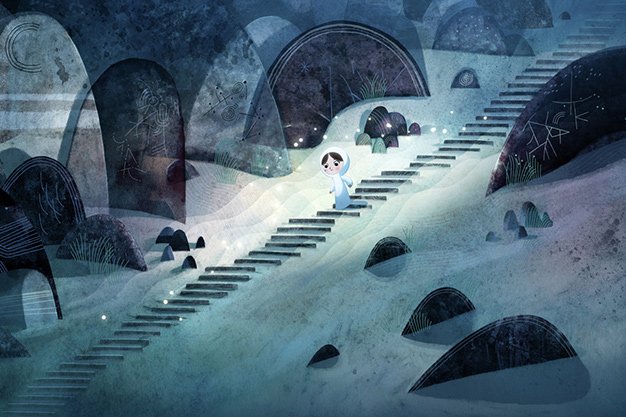 Gaelic-themed Song Of The Sea looks magical but lacks pizzazz.

Like his Oscar-nominated The Secret Of Kells, Irish director Tomm Moore‘s Song Of The Sea draws on Gaelic folklore to tell the story of young children discovering magic and peril. The outcome is animation so imaginative and rich that I’m sorry to admit I longed for a bit more Pixar-brand pizzazz to perk up the sluggish plot and characters – just a bit, mind you.

Some of the most artistic animation outside of Studio Ghibli, Moore’s beautiful watercolour designs are deceptively simple, as if drawn for a children’s book but with touches of impressionism and cubism.

While kids will find much to gawk at in the moving drawings, I wonder how much they’ll connect to the heavy, at times emotionally devastating story. Ten-year-old Ben (voiced by David Rawle) blames his mute little sister, Saoirse, for the loss of their mother, who died giving birth to her. Ben is unaware that, like their mom, Saoirse is a selkie, a magical seal-child, and both a saviour of some mystical creatures and a target for others.

Though the Irish folklore serves as a delightful visual inspiration, it seems a tad cumbersome on the narrative. Ben and Saoirse’s redundant adventure drags along like a series of appointments with various otherworldly figures, episodes that often lack humour and excitement.