NOW MagazineCultureTheatreSonny Under The Assumption

Sonny Under The Assumption 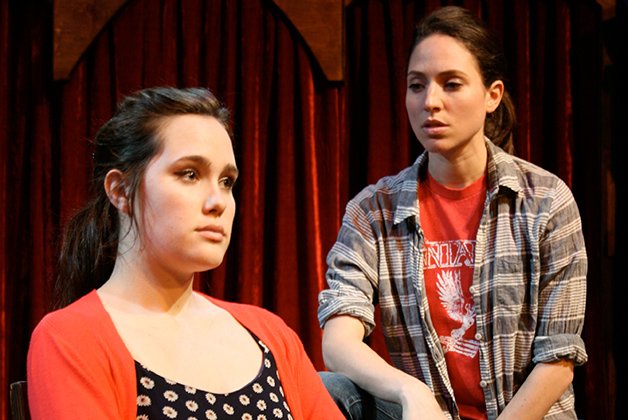 Set in the basement of a derelict church in Providence, Rhode Island, Edward Allan Baker’s Sonny Under The Assumption deals with belief, determination and redemption.

That determination, by the way, extends beyond the theme to the presenting company, Old Norman Productions. Baker wrote the piece for the 2013 graduating acting class at New York’s Neighborhood Playhouse School of the Theatre, under the direction of senior acting teacher Ron Stetson. Some core members of the group felt so strongly about the show that they’ve given it further life co-producers and actors Nicole Cardoni (who’s from Toronto) and Eden Brolin formed Old Norman and are presenting it in Toronto.

The play follows the lives of six community service workers, all of whom have served time in jail for such crimes as embezzlement, child neglect and drug pushing. They’re finishing their court-ordered probationary time, delivering food to those in need, under Sonny (Cardoni), a former banker who wants to help them make the transition to a better future. In addition, she’s become the group’s confidant, though her boyfriend, Rennie (Sean Shannon), isn’t as close to the six.

Since funds are running out for the group, Rennie organizes an interview with journalist Kat (Brolin), a woman he dated once a few years earlier, to get publicity for the program and with it the chance of some financial support.

Baker’s script has a number of strengths, much of it character based. But while we learn about the three central figures early on, Baker keeps too much information about the others until the second act. At least some back stories would help delineate the characters, rather than relying on a series of disclosures in the play’s last third.

Again directed by Stetson, Cardoni sparks the production with her passionate and intense performance, one that’s nuanced enough to show us the mixed feelings that run beneath Sonny’s often brash words.

In contrast, Brolin’s Kat, who comes from a privileged background and is at first insensitive to and uncomfortable around the others, often intentionally conceals her emotions, as well as a secret that comes out during the action. Still, the work would be richer if the actor suggested other things going on behind the mask Kat wears.

Their scene together at the start of the second act, in which Sonny defends her work and Kat asks some surprisingly perceptive questions, is one of the script’s best. It includes one of Baker’s most mesmerizing moments: Sonny’s speech about an anonymous woman who hopes for a better life but is shit out of luck because of a poorly funded social system.

The other performers are sometimes good, sometimes still defining their roles several of the actors were in the original cast, while others are new to this staging. Mazin Akar’s Victor, who has a surprising interest in horticulture, fills the stage with energy, while Jenny Statler’s always upbeat, hyper Blake and Danielle Alonzo’s sarcastic and quite funny T. Rhonda are both rounded figures.

The play concludes with a series of reconciliations and acceptances among the characters, which works well enough until a move into unexpected violence gives the ending a forced feel.