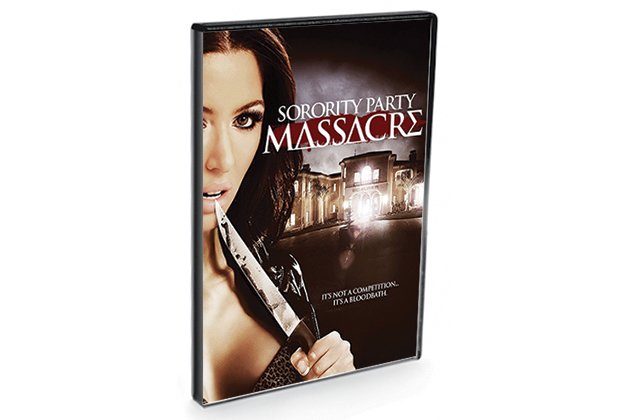 Sorority Party Massacre is all over the map. It starts as a slasher flick, turns into a parody outsider-cop picture with a bit of sleaze and visual style, morphs into an old-fashioned murder mystery (who’s knocking off the sorority girls at a weekend retreat?) and then goes for a straight thriller ending.

Barring Ed O’Ross as the yokel sheriff, the comedy isn’t noticeably funny. The sorority girls lounge around looking cute, but only Eve Mauro, the bad girl, and Marisa Skell, the final girl, get to do much. Scary bits and effects range from pedestrian to mediocre.

None of these complaints would be worth mentioning if SPM had some spirit, but this movie feels so timid, you have to wonder what they were thinking.

On their commentary, writing-producing-directing team Chris W. Freeman and Justin Jones spell that out: they wanted everything they loved in the 80s movies they grew up on.

Fine entertainments can be made on lunch money. Check out Sharktopus, Dark And Stormy Night or, for the ultimate in cheap fun, Manborg.