Soulpepper is just bursting at the seams for its 20th season, one that begins in September and sees a remarkable. 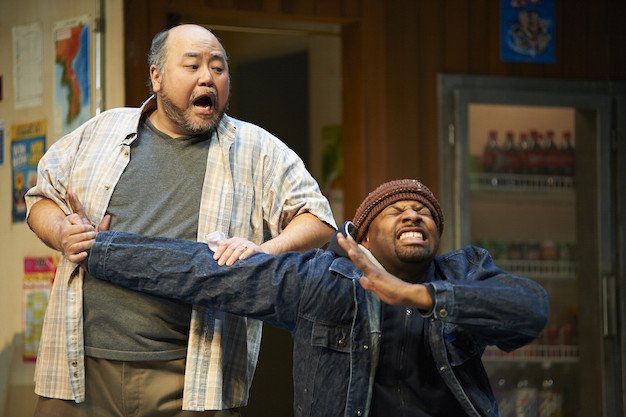 Soulpepper is just bursting at the seams for its 20th season, one that begins in September and sees a remarkable series of theatre productions that includes 20 plays written or adapted by Canadian artists, several remounts, a set of solo shows, original concerts and tours that cross Canada and go, for the first time, to New York City.

Pretty great for a company that began with a two-show summer season for which they rented space at Harbourfront Centre. Soulpepper’s home, the Young Centre, has become one of the busiest venues in Toronto, with founding artistic director Albert Schultz highlighting not only his core company of artists but also other groups many of them indie troupes as part of the Soulpepper season.

The 2016-2017 feast, which by my count includes some 25 theatre productions as well as other events, is a really exciting one, bringing back such Soulpepper hits as Kims Convenience, A Christmas Carol, Spoon River, Alligator Pie and Of Human Bondage.

Im impressed by Schultzs reaching out to other companies, sponsoring revivals of various sorts, large and small. As part of the season, you can catch Why Not Theatres A Brimful Of Asha and the KABIN/Storefront Theatres Christmas musical treat Chasse-Galerie. Theres also a series of solo shows: Karen Hiness Crawlspace, Pamela Mala Sinhas CRASH and Haley McGees Im Doing This For You.

Those two shows honour Canadas sesquicentennial in 2017 linked to that celebration is another show dealing with Canadian history, Billy Bishop Goes To War, featuring its creators, John MacLachlan Gray and Eric Peterson.

One of the most exciting productions for me is the Toronto premiere of Kate Hennigs The Last Wife, a hit at the 2015 Stratford Festival. A blend of the contemporary and the historic, the piece centres on the relationship between Henry VIII and his sixth wife, Katherine Parr. The production, again directed by Alan Dilworth, features the original cast, headed by Maev Beaty and Joseph Ziegler (see review here).

New productions include Michael Frayns backstage farce Noises Off, one of the best comedies of the past 50 years, directed by Ted Dykstra Michel Tremblays classic queer drama Hosanna, helmed by Gregory Prest an adaptation of Its A Wonderful Life and the musical The Gospel At Colonus, both led by Schultz and creator/directorJudith Thompsons Wildfire, presented by RARE Theatre Company, which looks at the nature of love for those with Down syndrome.

Touring its shows has long been a part of Soulpeppers mandate, and this years ramped-up list of productions go not only across Canada but also, next July, to the Pershing Square Signature Center in Manhattan. The roster includes Kims Convenience, Of Human Bondage, Spoon River, Alligator Pie, A Brimful Of Asha, (re)Birth: E.E. Cummings In Song and several concerts and cabarets.

The season’s only downside? Some of the shows run for only four or five performances.

For more information and a complete list of whats on offer over the year, see soulpepper.ca.