Who's protecting the public interest now that TTC staff overseeing Spadina subway construction may be replaced by a powerful engineering firm with a history of cost overruns? 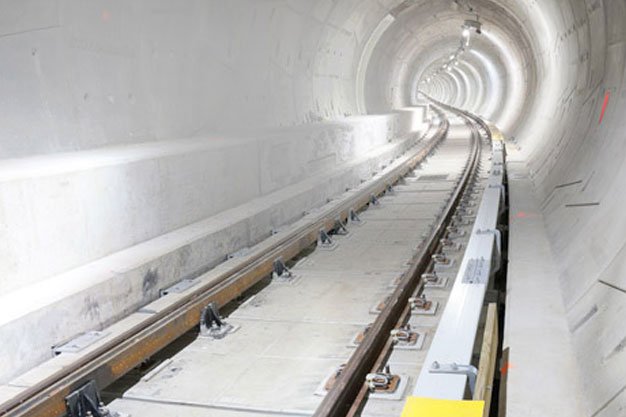 The overwhelmed TTC’s transit expansion department is unable to oversee big infrastructure projects like the Spadina subway extension without delays and $150 million in cost overruns. That, the players at City Hall would have us believe, is why TTC CEO Andy Byford fired chief capital officer Sameh Ghaly and project manager Andy Bertolo in mid-March.

“It must change. Council must take back responsibility from the TTC, and new major capital expansion must be delivered through public-private partnerships,” city manager Joe Pennachetti told the Star. “A shocking lack of project management,” piped in TTC chair Josh Colle.

They heap insult on injury. They want us to give up on Toronto’s in-house project managers and let global players with their own histories of projects going over budget take over.

Arguably, Spadina’s problems – and shakedown of the TTC bureaucracy – began under the Ford administration when a 10 per cent cut was imposed on all city departments. The TTC was hit hard: bus service cuts, fare increases, jobs lost and cleaning services contracted out. Management staff was subject to attrition. TTC manager Gary Webster was fired in 2012 for speaking his mind against the Ford plan to extend the Sheppard subway.

Ford took a hard line on the St. Clair streetcar right-of-way during the election campaign, claiming it had gone over budget because former mayor David Miller preferred a more expensive bid from Bombardier to ensure a minimum level of Canadian content. Ford’s message was clear: the city’s emphasis on Canadian content rules should no longer apply and future contracts like the Spadina subway extension should go to the lowest bidder.

But choosing the cheaper option exposed the city to global contractors.

This was a crucial mistake, according to Clive Thurston, president of the Ontario General Contractors Association.

“Opening up local infrastructure to world markets has negative consequences. When you choose the lowest bid, you get what you pay for,” he says.

Several factors can prevent projects from coming in on time and on budget – and the Spadina subway extension had more than its share.

Among the challenges: an extremely cold winter, an 18-month delay in funding approval from higher levels of government, and problems with private utilities. All of these contributed to delays beyond the TTC’s control.

But other factors, like the poor performance of private contractors, were major parts of the problem.

Spanish construction consortium Fomento de Construcciones y Contratas (FCC) and Obrascón Huarte Lain (OHL) got the contract to tunnel 4.5 kilometres and build the Highway 407 station. OHL is also one of the companies in the Crosstown Transit Partners consortium that’s seeking a 30-year contract to design, build and maintain the Eglinton Crosstown LRT.

In 2014, London’s Construction and Technology Court backed the Gibraltar government’s decision to cancel a contract with OHL, which had failed to complete the Airport Access Tunnel Works project on time and on budget. In 2013, just after austerity ended Spain’s building boom, both FCC and OHL were implicated in a scandal involving donations to politicians in Spain’s ruling People’s Party.

Under-performance by these two contractors delayed the Spadina subway extension. According to an October 2012 TTC report, “The contractor struggled to progress work from the beginning of the work and fell significantly behind schedule at the five major sites under its control. In particular, start-up tunnelling and work on the Highway 407 station fell far behind schedule.”

A subcontractor under FCC/OHL working at the York University station had a poor safety record. In October 2011, a drill rig collapsed, killing a 24-year-old construction worker. The site was shut down for four months while the Ministry of Labour investigated. The contractor was fined $400,000.

Arup, a UK engineering multinational recently contracted to build a controversial £42.6 billion ultra-high-speed rail line from London to Birmingham, also ran into trouble on the Spadina extension. The TTC filed a $10 million breach of contract suit against Arup’s Canadian subsidiary over alleged errors, design flaws and failure to meet building and electrical codes during construction of the Vaughan Metropolitan Centre subway station.

So why didn’t TTC CEO Byford sue or cancel the contract with FCC and OHL? Why did he instead recommend that the TTC hire engineering firm Bechtel to oversee the whole operation – ignoring the fact that Bechtel’s Boston “Big Dig” interstate highway project was behind schedule and $12 billion over budget? (See below).

On whether there’s an exit strategy if Bechtel can’t meet its commitment to complete the Spadina subway extension by 2017.

“We are committed to and accountable for a 2017 completion date.”

On whether project managers fired by the TTC will be replaced.

On why the TTC didn’t sue and cancel the contract with the companies that were underperforming instead of proposing construction be turned over to Bechtel.

“We thought we would be better served by hiring an experienced engineering firm.”

Paid to advise the TTC on how to speed up the Spadina extension, Bechtel proposed a “reset” and a change in project management to complete the work by the end of 2017.

Byford told the TTC Commission that for $150 million, bringing in an outside engineering firm like Bechtel could “incentivize” the contractors. To avoid further delay, however, the contract needed to be “sole-sourced,” circumventing the normal process of publicly requesting bids.

Since when do private firms recommend changes to management personnel at the TTC? And who’s protecting the public interest when city staff are replaced by a powerful engineering firm with a record of cost overruns and delays?

Something smells rotten at City Hall and TTC headquarters at 1900 Yonge.

Brenda Thompson is chair of the Keep It Public committee of transit advocacy group TTCRiders.