Montaditos to open this Friday in StudioBar space 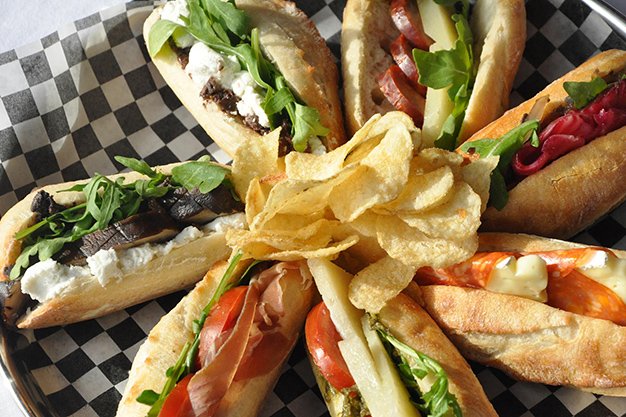 Noooobody could have predicted the recent influx of Spanish food into Toronto (except maybe for Grant Van Gameren). We’ve got tapas and pintxos a-plenty, but there hasn’t been quite as much action around montaditos (snack-sized sandwiches).

Until now, that is – thanks to StudioBar owner Alex Ottens and BAD LQQK record label manager Biz Davis, who have teamed up to open a sandwich shop called, aptly enough, Montaditos (824 Dundas West, at Euclid, montaditos.ca).

The eagle-eyed will notice that it shares an address with StudioBar, but the owners confirm that the events space is very much alive and kicking: “Montaditos operates out of the renovated StudioBar space but is a separate entity on it’s own, with an all new look and feel,” the pair say over Facebook, adding they’re “really excited to bring this take on Spanish tavern food to Toronto.”

The menu promises tapas-style Spanish sandwiches for $4, with more luxe options like the chorizo-manchego “Ramon” or gravlax “Rosa” ringing in at $4.50. Rounding things out are papas fritas, marinated olives and espresso.

Want to try ’em out for yourself? They’re hosting a launch party this Friday and inviting the public to come in and sample a sammy while supplies last.