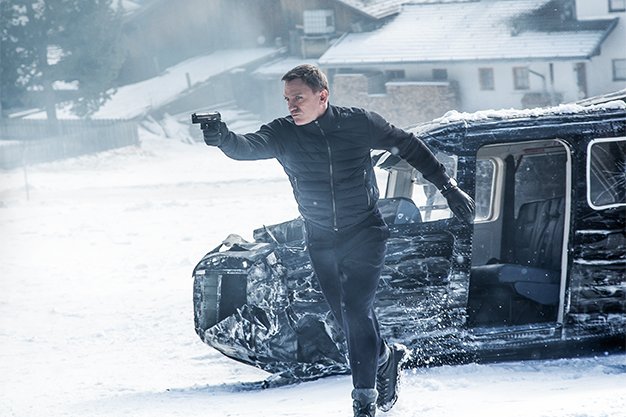 The Assassins Shu Qi kicked ass this year.|Scouts Guide To The Zombie Apocalypse

Four movies into the 007 reboot and the weight of history is already bearing down on poor James Bond.

Casino Royale was low-stakes fun Quantum Of Solace was a self-important mess Skyfall righted the ship with class, acknowledging a half-century of history and treating Daniel Craig’s Bond as the fetish object he’d become.

And now there is Spectre, which is no Skyfall. That would be fine, really – it certainly doesn’t have to be – except that director Sam Mendes can’t seem to shift out of that mode.

Spectre once again finds Bond sneaking away from MI6 to wage a personal war on international evil. (He has a very good reason, but doesn’t he always?) This time around, the trail leads back to a cartel of shadowy figures similar to the one we saw in Quantum Of Solace – only this is Spectre, Quantum’s parent company, a secret organization that’s been pulling the strings all along, lurking behind every corner and waging a very personal war against Bond himself.

Why is it personal? Because it can’t not be that’s just how these things are. And in the inevitable monologue from Christoph Waltz’s mocking villain, we must hear precisely how all the unconnected events of the last three movies were, in fact, a meticulously orchestrated series of challenges designed to destroy Bond’s world and crush his spirit. Ultimate-level villain stuff – and the sort of thing that the leaner, meaner Casino Royale was supposed to have left behind.

That said, when Spectre riffs on past Bond triumphs, it’s delightful. Dave Bautista’s silent killing machine takes on Craig and wanted woman Léa Seydoux in a magnificent brawl aboard a speeding train that is straight out of From Russia With Love, and an elaborate snow chase nods to both On Her Majesty’s Secret Service and The Spy Who Loved Me. And the opening sequence, set against the chaotic sprawl of Mexico City on the Day of the Dead, is technically impeccable and immediately involving.

But then there’s the franchise’s less appealing baggage – outsized villains with master plans and torture chairs and secret fortresses and fluffy white cats. If that’s what you’re looking for in a Bond movie, Spectre has those things, and they’re very impressive. But you’ve seen them before, and you know it.

Honestly, I was more invested watching Daniel Craig play cards with Mads Mikkelsen for an hour in Casino Royale. And I’d love to see this series take that kind of risk again.