NOW MagazineLifeThe Ride to Conquer Cancer: not just for jocks

The Ride to Conquer Cancer: not just for jocks

Beginner athletes are motivated by personal stories, family and friends to train all winter for spring's big Ride 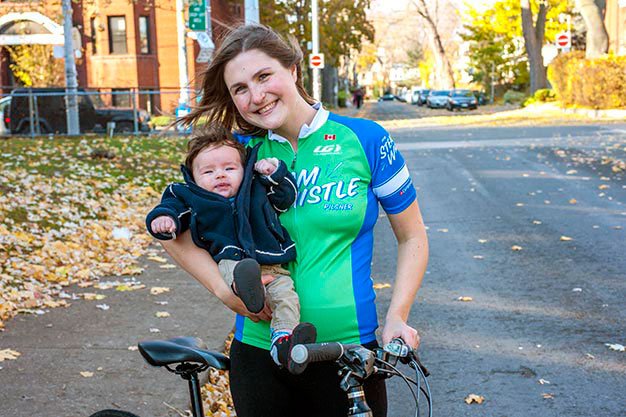 Think the 200 km Enbridge Ride to Conquer Cancer is exclusively for jocks? Think again. Titans, triathletes and taut gym bunnies don’t own the road– this fundraiser is for all Torontonians. Here are three locals who stepped up and completed the Ride as their first athletic breakthrough.

“I trained for my first year and after that I was hooked and [have been] cycling ever since,” says the 28-year-old Annex resident.

“I’ve come to love road riding because of The Ride.”

In fact, she’s completed it every year afterwards. But last year, there was one noticeable bump: she was seven months pregnant.

When she first mounted her bike, some were concerned that The Ride may have some negative implications for her baby. But she thinks that the bucolic cruise through the Ontario countryside contributed to her son’s sunny disposition.

“I think he kind of enjoyed the ride,” she says. “He’s a really chill little dude.”

Not surprisingly, however, she says it was demanding. In fact, it was the first year that she trailed the pack. But her inspiration wasn’t too hard to find. Her father died of brain cancer 20 years earlier, when she was just a child. And just prior to last year’s Ride, her four-year-old cousin Sonja was also diagnosed with brain cancer, reminding her that the fight against cancer is a family affair.

“If Sonja could be that courageous and happy and loving life, then I can do The Ride seven months pregnant,” she says.

And while she was fuelled by passion, she was deliberate in going at her own pace, advice she would give to anyone thinking of signing up.

It was only four months after receiving a clean bill of health last year that Paolo De Rosa crossed the finish line in Niagara Falls.

“It was epic,” De Rosa says. In fact, he gets a little choked up when recalling the cheers waiting for him as he finished the 200 km trek.

“As soon as I crossed the finish line, I saw my family, I saw my friends…It was an incredible feeling.”

When De Rosa was diagnosed with colon cancer, it was a complete shock considering he’s under 50 and his family has no history of the illness. Still, despite his treatments, he trained. And when he was fully recovered, he rode.

But when he began, De Rosa wasn’t sure if he would be able to complete the Ride – he was just finishing treatment and is no professional athlete.

“I don’t drive that far in a car! How am I going to do that on a bike?” he recalls thinking when he started.

But De Rosa followed The Ride’s training schedule and looked to his family for inspiration, saying he just wanted to contribute towards a world where his children don’t have to face cancer.

Despite this heroic semblance, De Rosa is quick to point out that he’s “no Superman”.

“There’s a lot of survivors out there who are riding,” he says. “I’m just one of many.”

And if you think he’s going to hang up his helmet now that he’s crossed The Ride off his bucket list, think again: he’s going to keep riding, every year.

“We’re gonna keep going as long as our legs will let us,” he says.

“Great shirt, Rhonda!” That’s a phrase Rhonda Sheff heard often during her first Ride in 2014. Fellow riders would see her nameplate pinned to her back and offer words of support and encouragement. She says that the feeling of community was particularly inspirational, giving her the energy to cross the finish line. And considering she had never done anything like this before, the Forest Hill resident said she needed all the support she could get.

“I’m a 49-year-old Jewish housewife. I’m no pro athlete,” she says while laughing.

While she may not be an athlete, she knows what it means to suffer, sacrifice and survive: she’s been through a benign brain tumour, a stroke and a thankfully mild brush with skin cancer.

“Particularly for someone like me who was so sick that I couldn’t walk around the block, for me that’s a great feeling,” she says as she recalls what it was like to see the mist of beaming off Niagara Falls, signaling the endpoint of the trek.

She even admits that due to last winter’s abysmal weather and some health concerns, she didn’t get a lot of training in, highlighting the accessibility of The Ride.

So, what’s her advice for first timers? You can do it.

“If I can do it, anyone can do it,” she says. “You do it in your own time. You train, you pace yourself and you do it. It’s a mind over matter thing.” 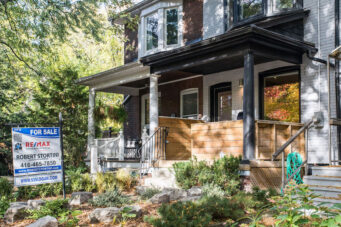