Divorce is all about perspective. Over time, parents’ views may have diverged on needs, wants, goals and expectations. Perspectives have changed, understanding has been lost.

Helping children cope with divorce is about perspective, as well. Although they surely have a front seat to the family drama that led to this point, they will often be surprised, angry and upset by the restructuring of the family. Some will blame themselves.

A sobering reality: after the death of a parent, divorce is the most traumatic thing a child can endure.

Each child will process the news in light of his or her unique personality and stage on the developmental spectrum.

According to family therapist Shelley Behr, who has been counselling since 1998, the first step is acknowledging these differences.

“Think back to your own childhood development,” Shelley Behr advises. “When you were very young, Mom and Dad were superheroes who could do no wrong. They created your world, set the rules and provided things you needed and wanted, from food to toys. Kids at this developmental stage cannot immediately grasp how and why this could change.”

“By the time kids become teenagers, they’ve gotten fairly good at chronicling what’s wrong with the way things work in their household, especially as it relates to them. It’s easier for them to understand that things are broken and that conflict has become unsustainable.”

For example, a toddler is focused on mastering the basics of communication, understanding and emotional control. The future is an abstract concept, and is typically measured in minutes or hours. Toddlers are adept at expressing their own feelings, but not at understanding the feelings of others. 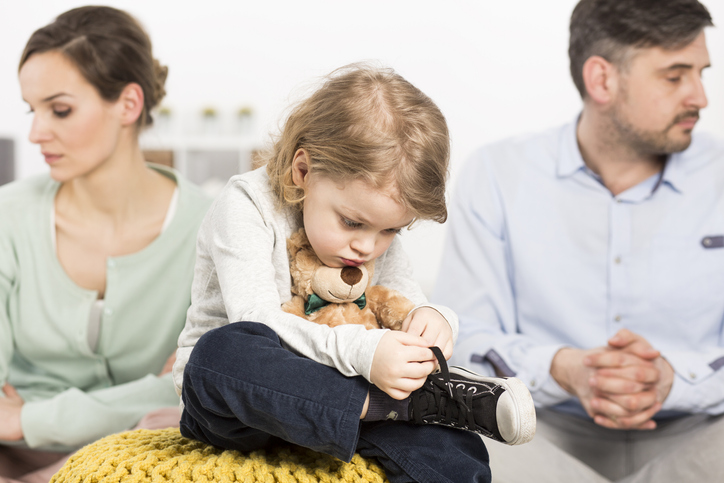 Preschoolers are further along on this spectrum, but are still highly dependent on parents. These children are beginning to make connections between cause and effect. They are refining their communications skills, but often find it hard to articulate their feelings. The line between fantasy and reality is a fine one. Suddenly, there are two homes with different rules, emotions and bedrooms. Children may feel scared, confused, and even blame themselves. Perhaps if they behaved better this would not be happening.

“As a child ages and skills mature, so does a child’s basic grasp of deeper emotions,” says Behr. “A toddler doesn’t feel much guilt, and will throw food from the high chair without a second thought. But in a few years, a whole set of new emotions and feelings will kick in; and the task of maturation demands that a child learns to accurately identify the source of these feelings, to understand the connections, and to cope with them effectively. These are life skills, and they are particularly important for children navigating divorce situations.”

Tweens and teens struggle, too

Typically, the chance for emotional trauma peaks around 11 years old. At this point, they have years of understanding of their parent’s relationship and typically have a deep attachment to both parents, as well as a greater understanding and appreciation of the family as a unit. This is complicated by the lack of independence and focus on themselves, typical of children that age.

Indeed, by the time a child enters the “tween” years, the understanding of cause-and-effect is much clearer, but often simplistic. There is a tendency to see every issue as black-and-white, with a right side and wrong side. Children in this age group more readily assign blame — sometimes to a particular parent, but often to themselves.

Parents need to closely monitor their children and find the proper behavioural health resources if they see problems. 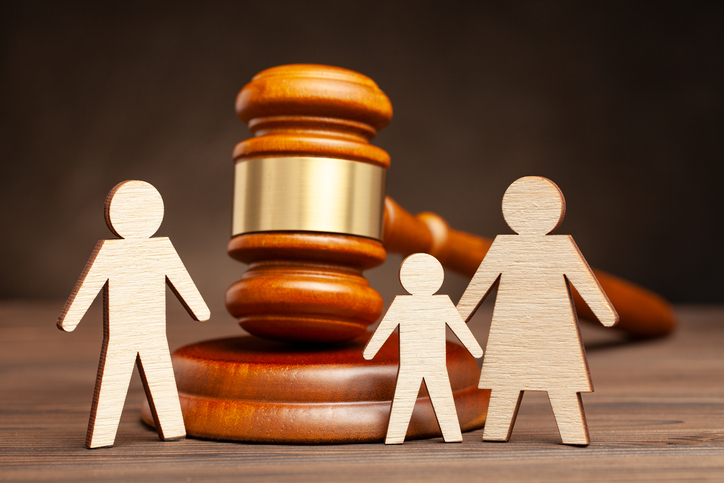 “Increased anxiety and depression demonstrated through increased irritability and aggressiveness, as well as some psychosomatic symptoms are prevalent in children of divorce, when they are exposed to high conflict. Children may develop behavioural problems and act out. Their academic performance may decline as they experience low self-esteem and a lessened sense of wellbeing overall,” according to Behr.

“However, children who experience divorce when conflict is low, develop problem-solving skills, cooperation and flexibility. When co-parents work together for the children, they can develop a strong, healthy and balanced sense of self. Conflict resolution skills and communication are key components of healthy co-parenting.”

While friendships can be a source of solace at that age, they also can struggle to connect. It is important for parents to note if they have close friendships and a solid support network outside of the family, which can prove imperative to their mental health when experiencing the dissolution of the family unit.

As is the case in any human endeavour, it is important to approach children going through the challenges of divorce with understanding: both of where they are in their development and the unique challenges they may face. Parents should never be afraid to find help. Children are innocent to the relationships of adults and while they will no doubt be impacted, we should do what we can to help them develop strong coping skills and a feeling of safety in the world.