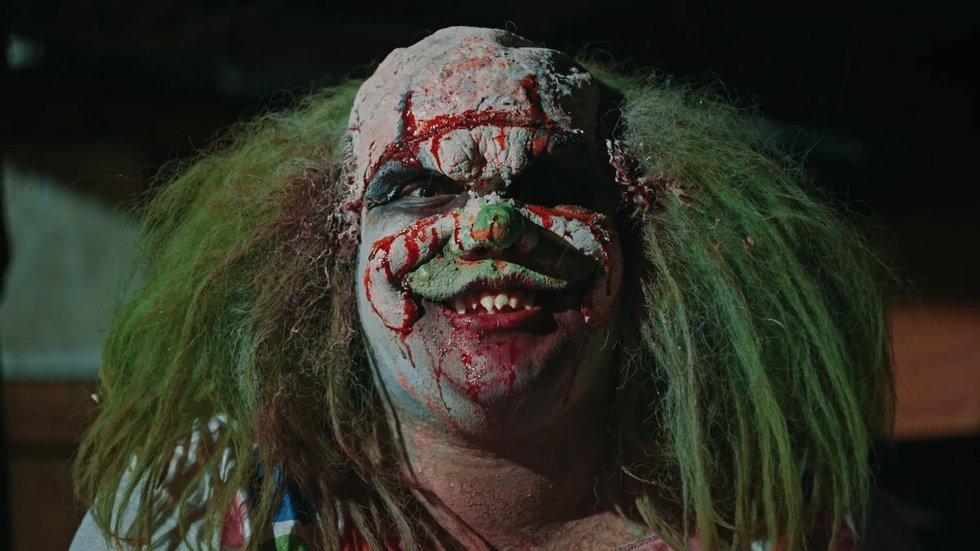 Having captured Pulp’s triumphant Sheffield concert in A Film About Life, Death And Supermarkets, director Florian Habicht sets his sights on another collection of eccentrics who’ve formed a family.

This time it’s the owners and staff of New Zealand’s Spookers horror house, which operates at the decommissioned Kingseat Psychiatric Hospital outside of Auckland. Habicht gets them to open up about their histories and dramas in full nightmare-clown or zombie-bride makeup, neatly illustrating both their emotional vulnerability and the liberating appeal of dressing up as a monster.

The film feints toward a deeper take in interviews with a couple of former Kingseat patients who seem conflicted that the treatment centre has become a theme park, but Habicht doesn’t follow through on that. For the most part he’s content to focus on the Spookers clan in all their weird, bloody splendour.