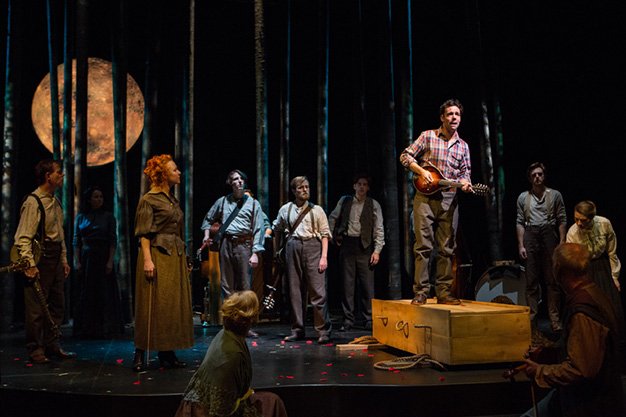 Based on Spoon River Anthology by Edgar Lee Masters

Young Centre for the Performing Arts

Winner of the 2015 Dora Award for Outstanding New Musical!

“A magical, musical celebration of the power of theatre. Every last member of the company is brilliant. [A] once-in-a-lifetime show. See it, hear it, celebrate it.” – TORONTO STAR

Edgar Lee Masters’ seminal poems of the dead are brought to vibrant life in this original musical adaptation. Spoon River’s long-deceased residents raise their voices in song to narrate their own epitaphs, telling of their lives, loves, losses, and hard-earned truths, in an immersive portrait of early 20th-century rural America.

Check out our 4N review of Spoon River here!