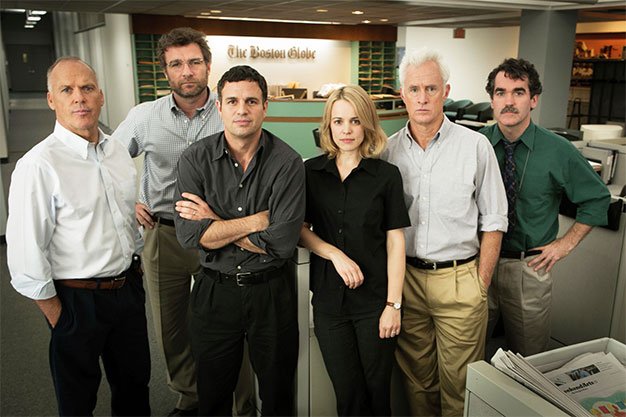 McCarthy’s simmering docudrama tells the story of the Boston Globe’s 2001 investigation into the Catholic Church’s cover-ups of predatory priests in the Boston archdiocese.

There isn’t a single showy moment in Spotlight, which is named for the four-person department that worked the story (embodied here by Michael Keaton, Mark Ruffalo, Rachel McAdams and Brian D’Arcy James).

Instead, McCarthy takes the approach perfected by All The President’s Men, riding along with the reporters as they sift through names and documents and interview victims, gradually discovering its obscene scale. As Mitchell Garabedian, the lawyer whose civil suits got the ball rolling, Stanley Tucci’s a standout among a dozen great performances… but isn’t he always?