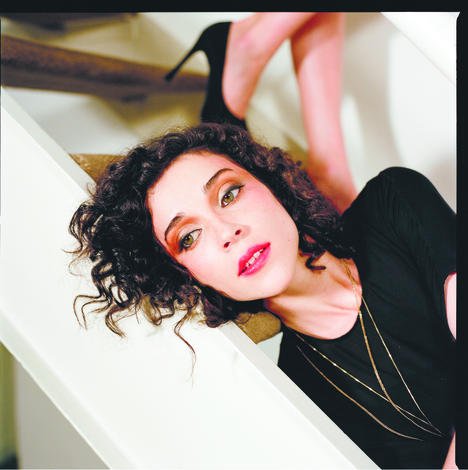 When Annie Clark, aka St. Vincent, plays the Phoenix – read a review of the show here – expect to find her more gear-focused fans craning their necks to see how she coaxes out of her guitar all the elegant and gnarly sounds heard on her superb Strange Mercy (4AD) album.

“I have a pretty intense pedal board,” the Manhattan-based musician admits from her parents’ home in Dallas. “And I have a truly amazing keyboard player, Daniel Mintseris, who sends MIDI program changes to it on specific cues so that I don’t have to do the tap-dancing routine. There’s a lot of technology onstage, but not technology for technology’s sake. Hopefully I’m always utilizing it toward a musical end.”

Clark wrote the album – her third, which has landed on many critics’ 2011 best-of lists – during “an experiment in isolation” in Seattle. Unlike her previous release, Actor, which was written on computer, the 29-year-old wrote simple songs that she could play on guitar, then brought them into the studio with producer John Congleton.

“John has a great saying: ‘Let’s make pop songs with fangs.’ The idea being, let’s take a conventional song and infuse it with just enough of a twist here and there so that it’s not the same thing you’ve heard a million times. It’s a good way of working – merging this very conventional thing with all the stuff in your geeky brain that you find interesting.”

Of interest to Clark’s geeky brain are themes of cruelty and kindness, sonic allusions to Disney movie scores, and lyrics that include dark sexual undertones and myriad pop culture and literary references, all building toward high tension. In contrast, her vocals are steady and sophisticated, her melodies stunning and mighty.

And then there are the show-stealing guitar lines. She started playing the instrument at age 12 after being inspired by her uncle’s jazz duo, Tuck & Patti, with whom she sometimes went on the road. She studied at Berklee for a spell before becoming a touring guitarist for the Polyphonic Spree and Sufjan Stevens. Yet when it came to making her first two albums, the instrument fell to the wayside.

“I think for a while I felt like guitar was cheesy,” Clark considers. “I mean, I loved players like Marc Ribot and Robert Fripp, but I just wasn’t sure how to approach it without [drawing from] that bag of tricks every guitar player has.

“It wasn’t until I started touring that I began honestly missing it. Especially playing riffs, for lack of a better word. So with this record, I kept a stockpile of them. I would go, ‘Okay, go write some simple songs.’ And then I’d go, ‘Now write 10 riffs today.’ Once I had a song written, I’d figure out which riffs worked with it and how I could make them into these kind of off-kilter hooks.”

“Off-kilter” aptly describes Clark’s flawlessly executed blend of the beautiful and the ugly. A connoisseur of fuzz, she pits pretty arpeggiated lines against guttural grunge and atmospheric sounds that give songs like Cheerleader and Year Of The Tiger an unsettling slow-motion or underwater feel. In a recent interview, she listed seven pedals she keeps in constant use. Clearly she spends a lot of time in guitar stores.

“I’ve spent so many hours in them from when I was 12 and 13 onward,” Clark laughs. “You know when you’re really young and excited to go into toy stores? And then when you’re about 12 you think, ‘Oh, toy stores are for kids, and I’m wearing a training bra’? Basically I took that excitement I had for the toy store and redirected it at the guitar store.”

So, unlike for many musicians, the intimidation factor isn’t an issue?

Here’s a video of St. Vincent playing the Horseshoe in 2009.

Annie Clark talks about how her past anxiety issues continue to shape the music of St. Vincent.