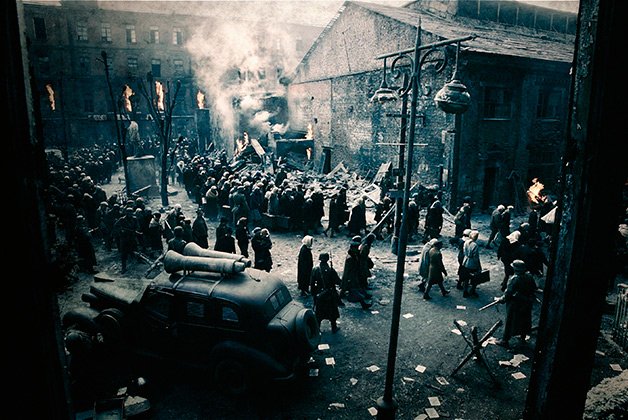 Stalingrad has a ton of empty epic sequences and zero historical context.

I guess it was inevitable that Fedor Bondarchuk would make a movie about the siege of Stalingrad in IMAX 3D. It’s exactly his thing.

The Russian actor-director specializes in precisely the type of broad- strokes spectacle that lends itself to that kind of upscaling – the Soviets-in-Afghanistan drama 9th Company, the sci-fi epic The Inhabited Island and its sequel – and he pulls out all the stops in his latest tale of underdog heroes making a stand in the face of overwhelming odds. The result isn’t very good, but that’s almost beside the point.

After a prologue set in the wreckage of the 2011 Fukushima earthquake – because really, why the hell not? – Stalingrad flashes back to the USSR in the winter of 1942, where a handful of Soviet soldiers find themselves in an extended standoff with the German army for the fate of an apartment building that blocks the Reich’s march to the Volga.

Bondarchuk alternates high-intensity, large-format action sequences with increasingly schmaltzy melodrama, as half a dozen soldiers from various units bond under fire and attempt to court the lovely young woman (Mariya Smolnikova) trapped in the building with them.

If you’re looking for a larger historical perspective, you’re looking in the wrong place. But if you want to see people get shot in the throat in IMAX 3D, this is the prestige picture for you.