>>>> Star Wars: The Force Awakens is the movie you’re hoping for

J.J. Abrams builds on the strengths of the prequels, but adds a terrific cast and lots of action 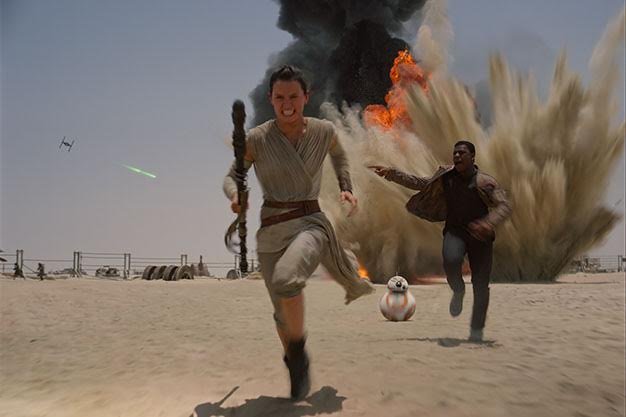 No fanfare is necessary. J.J. Abrams’s The Force Awakens is the Star Wars movie we want it to be: a proper space opera that breathes much-needed life into the franchise George Lucas has spent the past two decades defiling.

More importantly, it’s the movie Star Wars needs: a chapter that shakes off the turgidity of interminable exposition and debate, picks up a goddamn lightsaber and starts swinging.

The Force Awakens has all of the strengths of the original trilogy and none of the weaknesses of the prequels. It continues the epic tale of the fight for freedom in a galaxy far, far away by telling the stories of a handful of people who get caught up in the fight, just as Luke Skywalker did, and have to choose sides.

Taking the story forward – picking up some 30 years after Return Of The Jedi – was the only move, really. It lets Abrams (and his co-writer, Lawrence Kasdan, a veteran of both Jedi and The Empire Strikes Back) introduce a host of new characters whose stories are at least as engaging as the ones we’ve known for four decades. 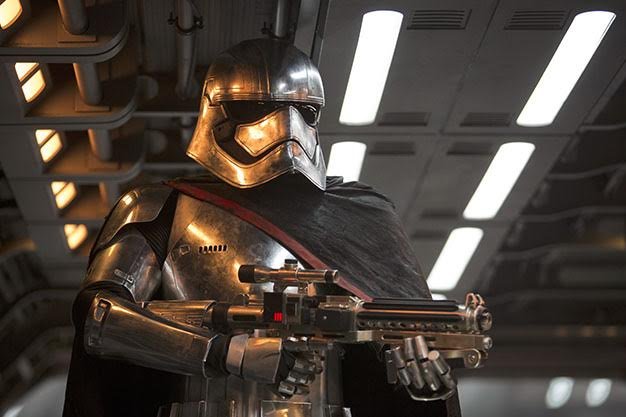 Abrams has recruited a terrific cast, but of course that’s only half the battle. The late, great John Harkness was fond of saying that only George Lucas could put 1998-era Liam Neeson, Ewan McGregor, Natalie Portman and Samuel L. Jackson together and come away with a picture as dull as The Phantom Menace. (Or, subtracting Neeson and adding Hayden Christensen, Attack Of The Clones and Revenge Of The Sith.)

Characters are introduced at emotional high points, or in the midst of action nobody in this movie strides into a room and starts arguing about midi-chlorian values. Abrams knows the value of movement, and The Force Awakens opens with a pace and confidence that immediately match up with the original trilogy.

It is also a huge, huge help that he and cinematographer Dan Mindel shot The Force Awakens on actual film, and did their very best to match the texture of footage shot as far back as 1976. In every way possible, this new story feels like the continuation of the work begun four decades ago rather than an attempt to retcon it or reinvent it.

And, yes, that extends to the returning characters. I refuse to reveal anything about the plot beyond the first sentence of the opening crawl – “Luke Skywalker has vanished” – because The Force Awakens reveals its stakes very slowly and very carefully, and it’s an absolute pleasure to watch Abrams tell this new story.

It’s fair to say this is the first Star Wars movie since Empire with a genuinely great script – one that makes the franchise’s history an active part of the new adventure and delivers the obligatory references artfully and even gracefully.

There are monsters and aliens (not always the same thing in this galaxy) and desert quests and space battles. Old friends return, new enemies are made, and heroes and villains are forged in battle. Even when the narrative turns in a familiar direction – as it must, since the new story is rooted firmly in the old one – The Force Awakens carries a sense of unlimited adventure.

For the first time in decades, I’m looking forward to the next one, and to whatever else might be rattling around in this reinvigorated universe.

This is the Star Wars movie we’ve been waiting for.

Don’t miss: Top 5 things we hope are in Star Wars: The Force Awakens