New record is leisurely, reminiscent and full of life 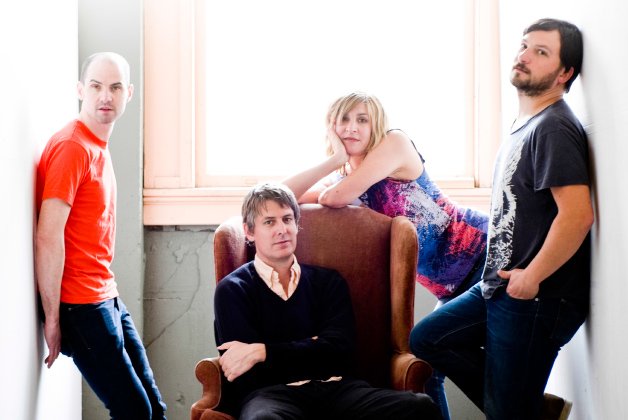 When we speak, ex-Pavement guy Stephen Malkmus is driving around Portland, where he lives with his wife and kids. But the way he puts it, the Oregon city could stand in for anywhere. “For better or for worse, we’re like suburban parents half the year,” he says.

Malkmus recorded his new album, Wig Out At Jagbags (Matador), at a studio that his long-time live soundman and album producer, Remko Schouten, found in the Ardennes region of Belgium.

“It doesn’t have a great pedigree,” he jokes. “No Beatles albums were recorded there and no Beck album [referencing Malkmus’s 2011 collaborative effort, Mirror Traffic] – but we did it!”

Though it was made in quaint farmhouse territory, there’s nothing remotely rural-sounding about the album, which is laid back but full of city life, literary and musical references and Malkmus’s funny, zigzaggy wordplay.

The artist describes the sound as leisurely (in a certain way), angular (without being jittery) and with a “winding river” quality to the songs.

There’s also a sense of youthful reminiscence and exuberance that permeates, especially on Lariat, in which the chorus asserts, “We grew up listening to music from the best decade ever.”

But Malkmus isn’t being specific.

Malkmus would know. His own musical past spans decades. Wig Out At Jagbags is Malkmus’s sixth post-Pavement album, and his band, the Jicks, is itself now old enough to be a teenager.

Do they intend to keep it up indefinitely? “I don’t know,” he says. “It would probably be healthy for me to take a detour at least for one record at some point and do something different.”

But, he adds, “we have a commitment to each other. We’re dating. Pretty heavily. We’re like married without the certificate.”

Stephen Malkmus talks about the non-influence of Portland on his songwriting and making Californian-sounding music with Pavement while living in New York.

Stephen Malkmus elaborates on what he meant by “best decade ever”