>>> Steve Driscoll pours it on at Angell Gallery

By pouring paint and water onto his surfaces – including the floor – for Just A Sliver Of The Room, Driscoll conveys a brilliant lushness and depth 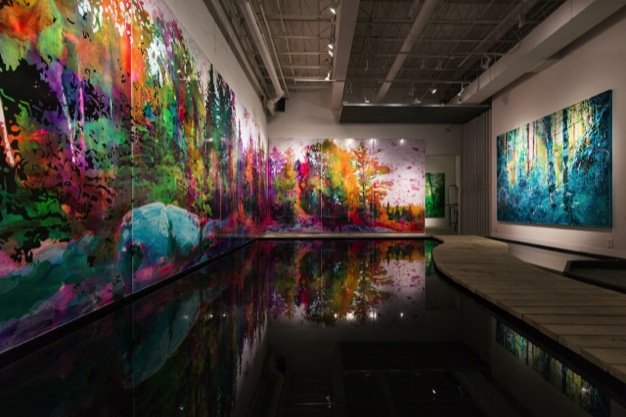 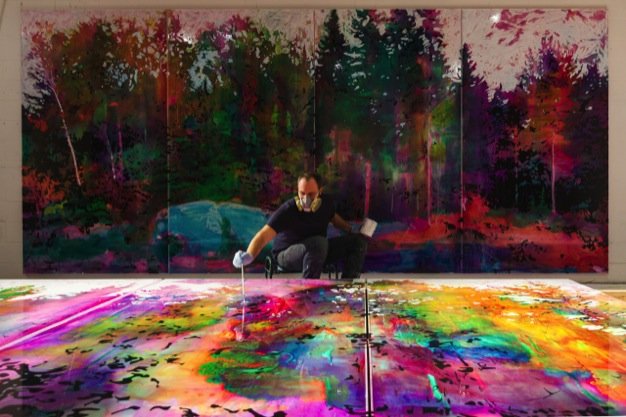 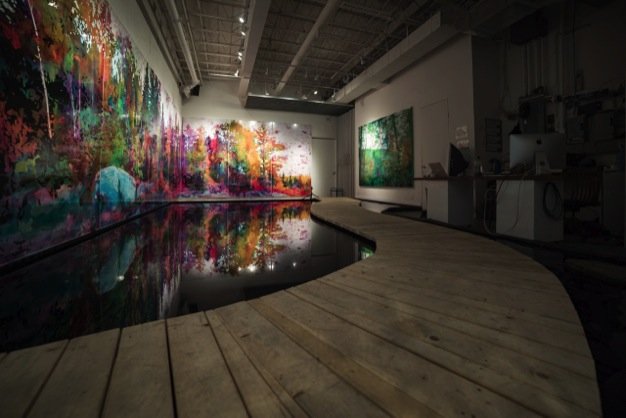 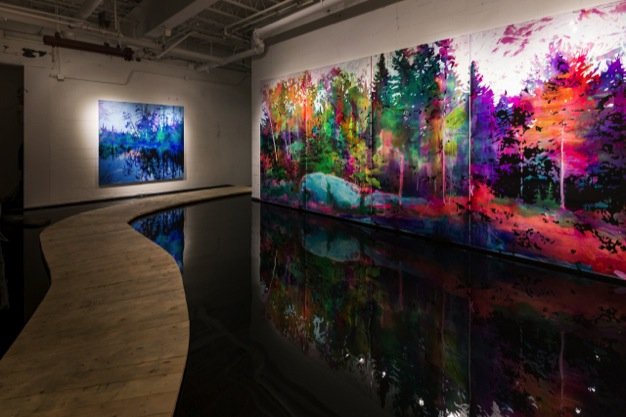 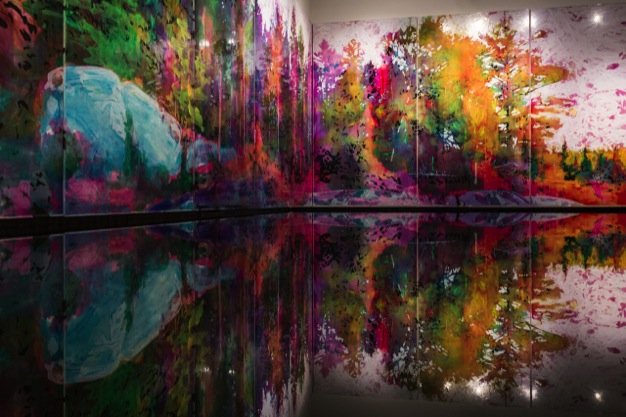 Steve Driscoll’s astonishing immersive landscapes in Just A Sliver Of The Room take over Angell Gallery’s new Dupont space. In addition to his up to 40-foot-long canvases, the installation includes a body of water and a boardwalk, all evidence of Driscoll’s fascination with reflected light and colour.

His paintings are marriages of contrasts. He renders the deeply rural subject of the Canadian landscape in eye-searing urban neons, and eschews the painstaking feathery brush strokes of traditional painting for poured urethane. The results are bracingly contemporary old-school landscapes.

Pouring paint from above onto his surfaces, Driscoll has mastered the manipulation of his materials the super-saturated colours are literally suspended, conveying unusual lushness and depth. But while those colours may be psychedelically intense, he remains faithful to the light. The Vault Of Spring captures that gauzy white- and rose-tinged intensity of spring light against the bright young green of saplings. Last Days Of Summer captures something ineffable about the waning August light.

Based partially on photographs but largely on recollection, Driscoll’s work has reclaimed cottage country not only as a natural wonder but also as an idyllic day-glo daydream, larger and brighter than life, a place we can return to in our minds when the city has ground us down.