Pantayo and Prince Innocence warm up a cold Valentine's Day 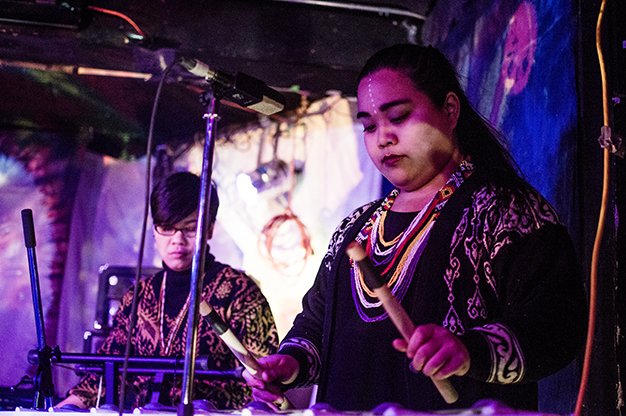 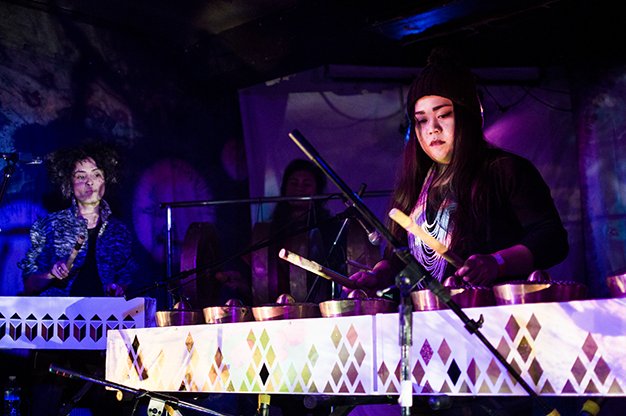 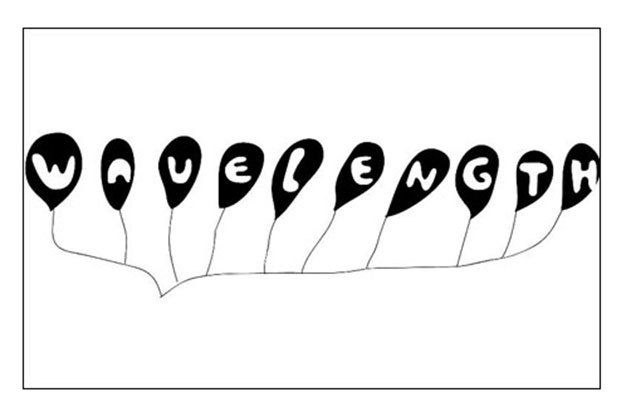 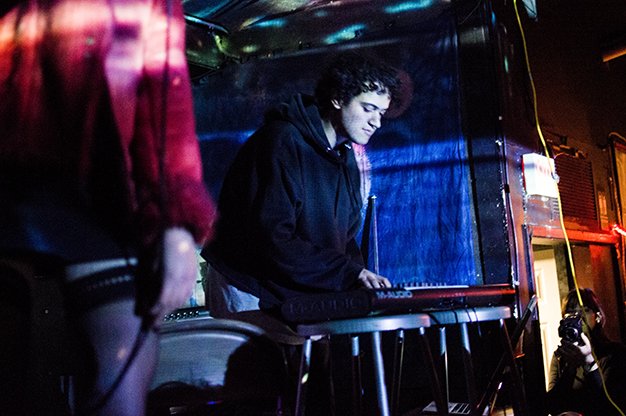 Filipina kulintang ensemble Pantayo kicked off the final night of Wavelength Music Festival 16 with their hypnotic, repetitive chiming percussion, taking the stage without a word.

Wavelength’s swirling light show added an almost eerie vibe to the seven women’s hyper-focus and stoicism. Switching between instruments, they were at times dissonant and spooky, but not always exciting to watch, addressing the crowd from behind an elaborate set-up only to explain the instruments and introduce themselves. Their last song – the only one with vocals – was a dreamy, warped musical ride to send us into the rest of the night.

After a set from posi-vibes rapper Clairmont the Second, Prince Innocence ushered in a minimal set of electro R&B, with Tavi Faustmann slow-burning their tunes with her smooth vocals, slinking around and swaying and sometimes proselytizing on her knees. The duo doesn’t offer a lot in the way of showmanship but make up for that with their own artful projections. Just before a gorgeous cover of Suicide’s Cheree, Faustmann laid bare her MO: “I’m gonna make you feel things tonight. Bad things. Repressed things.”

The rest of Prince Innocence’s set was thumping dark magic in the guise of smooth electronic grooves. Faustmann introduced simmering final tune I Don’t Care as a “good cure for any sort of emotional distress you might be going through.”