I don’t want anyone to be stripped of a scarf, ­turban or beard. Whether we opt to cover up or flaunt, it has to be our choice. 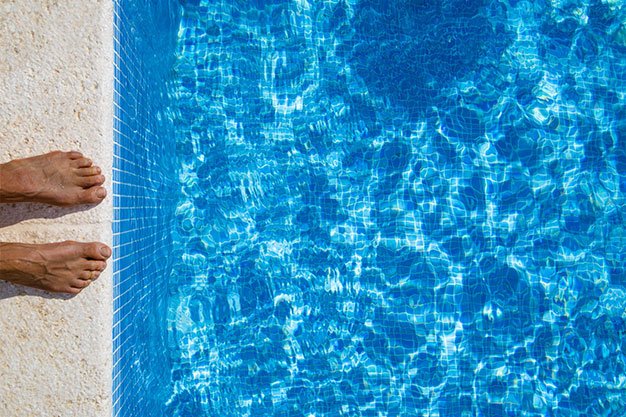 A Muslim brother and sister were turned away from a Scarborough condo pool for wanting to swim in long shorts and Ts.

When a family is barred from a swimming pool because the kids are too covered up, it hits me in an icky place.

Human rights lawyer Faisal Kutty recently represented a Muslim single mother whose son and daughter (both under 10) were turned away from a condo pool in Scarborough because they wanted to swim in long shorts and T-shirts.

According to Kutty, the condo president told the hijab-wearing mom (a Toronto teacher), “This is not how we swim in Canada.”

Kutty’s intervention resulted in a complaint to the Human Rights Tribunal of Ontario and an eventual apology. The condo must also display a copy of the Human Rights Code in the pool area. But the kids lost a lot of swim time and had to deal with that creeped-out feeling.

Swim gear has always been pretty arbitrary. A century ago, women’s swimwear covered the body from neck to toe and men’s suits included an undershirt-style top. For many decades, rubber swim caps were compulsory for women at public pools and bikinis deemed too risqué. The old excuse for the cap-and-suit rule was that hair clogged the drains. But as long hair for men gained acceptance, the bathing cap rule was dropped. Funny, the drains coped.

Swimsuits eventually became briefer than many of us felt comfortable wearing in public, and until recently, rules were still rigid. To even be on the pool deck, we had to strip down to this glorified underwear. The exposure affected my willingness to exercise.

But then I saw the beginnings of acceptance of other cultural mores, and it was beautiful. I saw it practised by caring teenage lifeguards in a Brampton pool near the cabin where I spend much of the summer.

As more South Asian people moved into this suburban neighbourhood, I overheard lifeguards explaining to parents reluctant to enter the pool that a parent or guardian must accompany children under a certain age into the water.

Saddened families walked away, and the lifeguards were bummed out about ruining their day. But over the course of that distant summer, they worked it out. Soon I saw beautiful women in saris in the pool, their dresses glowing pink and yellow against the blue water.

Grandparents comfortable in colourful embroideries watched from the pool deck. Brown girls in shirts and hijabs splashed rambunctiously with white and Black kids in swimsuits.

Now all the pool officials ask is that we wear a clean set of the swim garb of our choice. It’s just sensible. It makes the pool a great, comfortable, all-ages hangout, like a beach.

There are important arguments about cultural proscriptions that force women to cover themselves. But there’s a huge difference between being covered and being stripped, and people need to make these arguments about dress within their own cultures and families. I don’t want anyone to be stripped of a scarf, a turban or a beard.

Whether we opt to cover up or flaunt, it has to be our choice.

At this point, my legs scare small children and make the creeps gag. For my comfort and that of the kids, I’ve ordered swim pants. Thanks to those pioneering mothers and kindly young lifeguards, I know they’ll be allowed into my favourite pool.