NOW MagazineCultureStageSubway Stations Of The Cross

Subway Stations Of The Cross 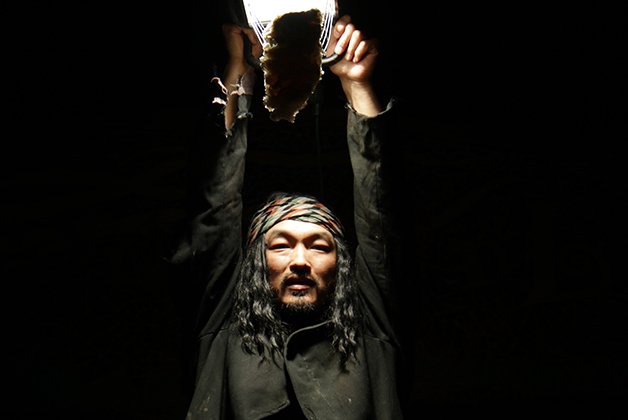 After Kim’s Convenience, where does writer/performer Ins Choi go? Into the serendipitous and the mystical with a solo show called Subway Stations Of The Cross.

More than a decade ago – long before Kim’s Convenience, now a national hit, was in production – Choi came upon a muttering man in a Toronto park.

“He caught me looking at him and, approaching with a stick in his hand, asked if he could show me something,” recalls the playwright. “He began drawing on the ground as he explained secrets of the Hebrew alphabet, origins of European flags, Greek mythology, Biblical UFOs, Illuminati conspiracies and Jesus.”

Though at first Choi thought him “a crazy homeless person,” by the end of the lecture “I knew I’d been visited by an angel of God or a prophet sent to tell me something, sent to lead me somewhere. I never saw him again.”

Over the next few years Choi began writing songs, poems and monologues inspired by the meeting, eventually piecing the bits together into a solo show that he started presenting to small audiences.

Subway Stations Of The Cross began taking shape with each performance, usually as a one-off. When Kim’s Convenience goes out on tour these days, Choi usually mounts the solo show at a local church.

I caught it last fall at Soulpepper’s Global Cabaret, where Choi’s character, a disheveled man with deep-set eyes, wandered onstage from the audience and presented an hour’s worth of material that blends Handel tunes, politics, social commentary, 80s sitcoms, the Bible and Greek myths.

The presentational style is slam-poetry, with a text that bubbles over with internal rhymes, sharp wit and a playful use of knock-knock jokes. There’s also a religious sense to the work, which includes a clever version of Communion that uses bread and wine in an unexpected fashion.

Choi’s a good musician, too, and here he gets to play the ukulele as well the shofar, a ram’s horn traditionally used during the Jewish New Year.

The Friday performance at Little Trinity Church raises money for the Yonge Street Mission, and the Saturday show at Walmer Road Baptist Church does the same for the Daily Bread Food Bank.