Suddenly T.O.’s straight white male comics have nothing to say 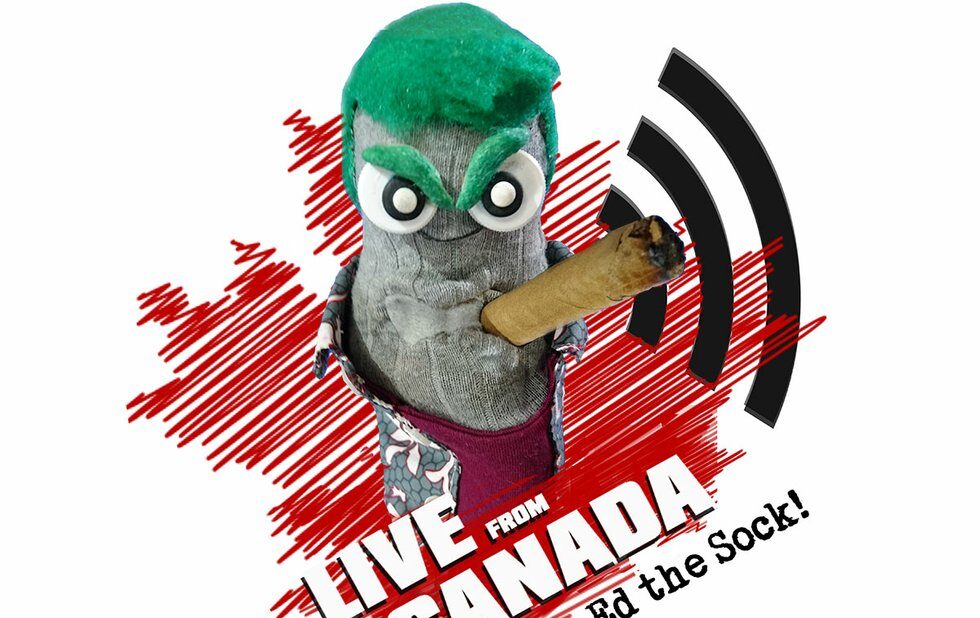 Mark DeBonis hasn't lived up to his potential.|Ed the Sock's anarchic (if rough around the edges) new live YouTube show proves that its creator

One of the smartest things comic and musician Nick Flanagan says in his new EP, Wiped Privilege, concerns doing comedy as a straight white male. It’s a brave thing to do, he says, since there are only 10 million other guys like him already doing it. But he’s got a fresh perspective: “Deeper 80s references.”

Beneath the satire – and there’s a lot on his album – is a truth. Despite all the gains that women and ethnic minorities have made in the business, straight white men still dominate.

But do they have anything to say?

Let’s start with Flanagan himself, who used to write about music for NOW and still plays in the punk band Wrong Hole. His best material here, besides quick throwaways like puns about orthodontists and fracture clinics (“Brace yourself,” he says), concerns human hypocrisy over booze and drugs.

People can get away with anything while under the influence of alcohol, he says, but heroin addicts are unfairly judged. He calls this “white privilege,” an intriguing idea, but he doesn’t go far enough in his analysis. Perhaps he’s scared of dealing with race.

He’s more comfortable telling us what the initials MDMA stand for (“moist dude, moist attitude”) or with explaining why he’s not a “one-liner” comedian. (It has to do with his inability to snort cocaine.)

The idea of a privileged straight white male talking about body image issues is also fascinating, showing that it’s not just women and gay men who obsess about how they’re perceived. But Flanagan’s joke about watching Channing Tatum onscreen goes absolutely nowhere. There’s anger, but it doesn’t find its target.

Even surefire jokes like his story about finally making his mom laugh (“by telling her my goals in life”) aren’t well-crafted enough to get a strong reaction.

Flanagan’s got a great scratchy voice and (I’ve seen him several times) a nervous energy that’s exciting to watch. He was a hipster before hipsters took over. But I still don’t think he’s found his voice. It’s like he’s holding back, scared of how dark he might go, even though an audience would absolutely let him.

Mark DeBonis is another straight white dude who’s not living up to his potential. He was nominated for the Tim Sims Encouragement Fund Award, won the Canadian Comedy Award for best stand-up newcomer and, in 2011, even took home the $25,000 prize for the Great Canadian Laugh-Off competition.

His persona is that of the regular joe from Scarborough whose poetic observations about ordinary life can often ring hilariously true.

He released an album called Mars late last year, and while decent, it’s not what I expected at this point in his career.

Whether he’s deconstructing the instructions on a can of baked beans or describing the difference between “hanging out” and “killing time,” his material is gently amusing. His bro delivery belies the craft of his word choices, especially in the album’s best bit, about the splatter radius of dropped meatballs.

But it’s a big mistake to put two jokes about pants pockets on the album. These are largely visual bits, and they’re not that funny or insightful to begin with.

And seriously – these are your references as you’re growing older? The importance of pockets? Eating chicken wings? Please, DeBonis, get outside! Visit a museum! See a movie or a play!

DeBonis’s career brings up the idea of what happens to straight white male comics as they age. One guy who’s managed to hang on for a long time is Steve Kerzner, better known as his foul-mouthed alter ego, Ed the Sock.

Kerzner DM’d me a couple of weeks ago about his new venture. Every Thursday night he broadcasts a live show on YouTube called Live From Canada – It’s Ed The Sock. There will be a proper launch (as well as the announcement of a new channel) in a few weeks.

The show, obviously still rough around the edges, has the kind of anarchic, DIY spirit of the original community access show that spawned Ed in the first place. As Ed points out in an early episode of the new show, he was on “MuchMusic before it shit the bed.”

It helps that the show is broadcast live from the Hard Rock Cafe, with its great view of Yonge-Dundas Square and its ethnically diverse mix of patrons willing to talk to a hand puppet or, during the show’s Christmas episode, sit on a Black Santa’s lap and tell him what they want.

Ed, as always, is refreshingly frank in his rants. His subjects have included the Twitter backlash to Steve Martin’s tweets about Carrie Fisher, and the show’s Christmas episode was called that to defy the movement toward non-specific holidays. (To be fair, he also demonstrated how to spin the dreidel for us on the same show.)

Other promising bits include a sequence called Is This Racist? and the use of vintage commercials.

The show’s crew seems underutilized, except for the razor-sharp producer (and Kerzner’s partner), Liana, co-host of Ed’s Night Party!, who manages the show’s live comments and read out one hilarious definition of the term “beef steamship” (which has since become a running gag).

Ed himself is best when he’s chatting with people, whether they’re sweet tourists from New Brunswick, pale poets from Belleville or, via the show’s first Skype interview, Battlestar Galactica and Dirk Gently’s Holistic Detective Agency co-star Aaron Douglas, who was sipping single malt scotch during the interview.

Some of the funniest moments have included Ed’s talks with Hard Rock Cafe merch salesperson Stefano, whose Italian-accented comments have been sharp and spontaneous.

Ed’s vitriol is perfect for the Trump era. Watching this series makes you realize just how ahead of his time he was. As the world gets crazier in 2017, who better to make sense of it than a scowling, cigar-smoking puppet who is allowed to say – in a way his straight white male comic creator can’t – exactly what we’re all thinking?