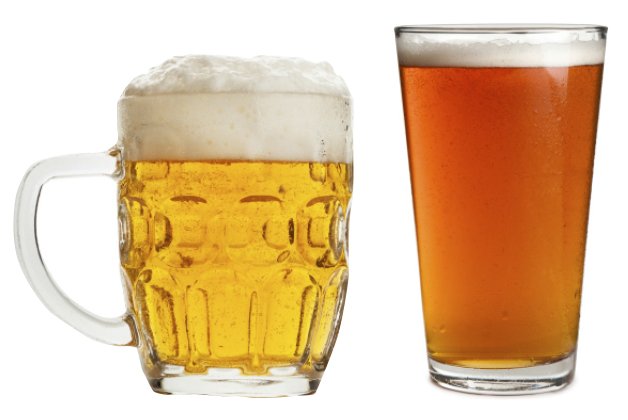 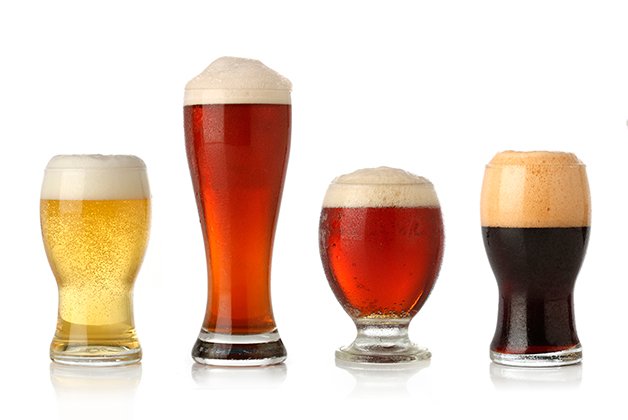 Two black taps. One said ale, the other lager. Those were your draught choices.

“One would be a bit more bitter, so you could imagine 50 or Ex being the ale, and Blue, maybe Canadian, would be the lager. But that was primarily it,” says Roger Mittag of the dismal era when he started drinking beer.

“It was taverns. Pubs were just starting to come in.”

That was the 1970s. Thankfully, it was nearing the end of the bland era when beer, like food (think instant potatoes, Minute Rice, frozen dinners) was marketed to consumers who chose convenience over flavour.

Now, of course, the beer scene is much more vibrant. With close to 150 breweries in operation, Ontario is nearing the peak it reached in the 19th century. Selection has exploded, and so has interest.

The Etobicoke native takes students through lesson plans that go well beyond memorization and sensory perception. From issues with draught systems to brewery tours and even a cooking class, the three-level program draws on his extensive background as an educator and consultant. 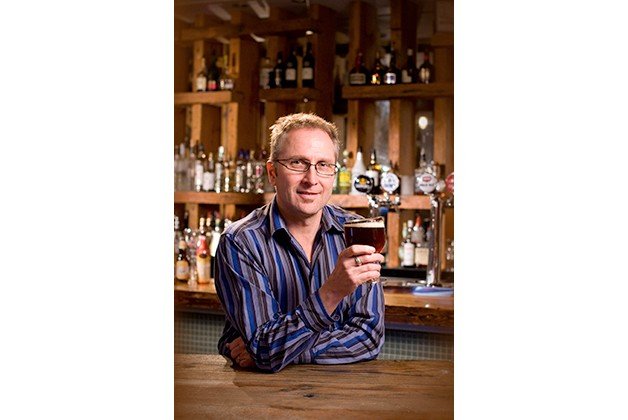 “Small batch beer!,” is the rallying cry of the microbrewers, drawing a distinction between their own hands-on approach and the formulaic recipes of the brewing giants. But Mittag worries some are putting too much emphasis on the indie cred that comes with being small, creating yet another divide between themselves and the craft brewers that are doing the most to change the public palate.

“There are people who view the success of Steam Whistle and Mill Street negatively,” he says, recalling that everyone loved them when they were new. “but now that they’re doing things with great quality and driving their sales, they’re viewed as sell-outs. To me that’s sad, because they’re really the ones leading the way.”

The industry is maturing, but with that come growing pains, and the moans are getting louder.

The challenge of retail

As quickly as they’ve grown, Ontario craft brewers’ biggest problem isn’t lack of demand – at least not yet. There’s an enormous appetite for the local juice. The province’s dated retailing system, however, is preventing supply from meeting demand.

Ontario liquor laws permit brewers to sell at their own physical location, the LCBO or the Beer Store. That’s it. And that’s a problem.

The LCBO, derided by brewers for its cumbersome approval and distribution process, is still the preferred option. In the past decade, Ontario craft beer has enjoyed nearly 35 per cent annual growth at the provincial agency, which doesn’t charge suppliers to be listed.

Now, however, the LCBO is passing on brews from popular local producers, compelling some to make an expensive gamble on a system they’d rather avoid or resort to paying off publicans in order to grow their brand.

Kensington Brewing Company chose to roll the dice. In business only since 2011, it’s what’s known as a contract brewer, meaning its recipes are brewed at another facility with extra capacity. By the fall, KBCo hopes to move into a space currently under construction at 299 Augusta, but until then it has no retail shop of its own.

The brewer’s flagship beer, Augusta Ale, is listed at scores of LCBO locations from Ottawa to London and right up into cottage country. Its second release, Fish-Eye PA, has an even wider reach, from Windsor to Thunder Bay. Last year’s follow-up, however, met with a different fate, despite being both unique and very popular.

Fruit Stand Watermelon Wheat, brewed for the summer of 2013, was a big seller at bars. The public liked it so well, they voted it the best seasonal beer in Ontario at September’s Golden Tap Awards – impressive for a beer that was only available on tap. Even that didn’t convince the LCBO to stock it for 2014. 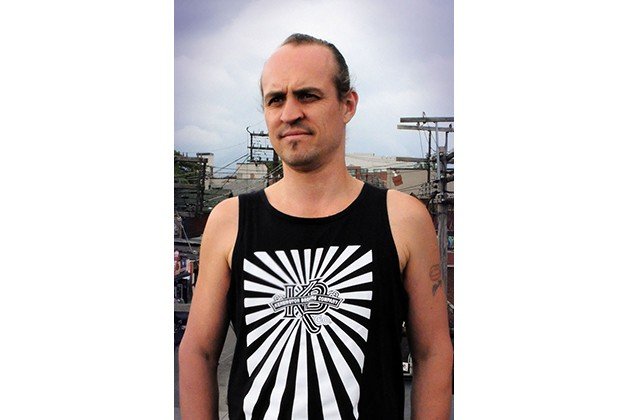 “I’m not going to bash the LCBO,” says KBCo owner Brock Shepherd. “They’ve been good to work with. It is curious, though. I went in yesterday and saw two new Shock Top flavours [an Anheuser-Busch brand], and we can’t get in with ours.”

Shepherd ended up taking his award-winning beer to the only retail option left. Unlike the government-owned LCBO, the privately controlled Beer Store is open to any player with deep enough pockets. For KBCo that meant shelling out $15,000 to get into just 40 locations, where it finally appeared a month after bars started pouring it.

Barrie’s Flying Monkeys had a similar problem getting its new dark rye ale into the LCBO. It, too, grudgingly sent its Matador 2.0: El Toro Bravo to the Beer Store shortly before releasing a public statement imploring the government to open the system to new, private competition.

Without commenting on why these two beers were rejected, the LCBO says a range of factors such as quality, flavour, the brewer’s marketing plan and local tastes determine whether a product is accepted.

Citing walk-in beer fridges at new and expanded locations, Murray says the LCBO is keeping pace with the growth of the province’s scene.

“People that have a new beer, come and see us.” 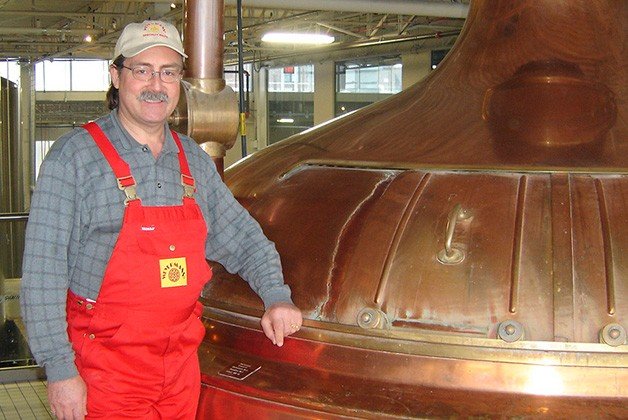 “I think the market is becoming extremely crowded – not just the number of beers, but what the LCBO can handle,” says the head brewer at the newly opened Side Launch Brewing Company in Collingwood. The Englishman has been part of the local industry for nearly four decades, having crossed the Atlantic in 1976 to become an engineer at Molson’s Toronto plant.

One of the most respected brewers in the province (see more on Side Launch, page 19), Hancock has also faced his share of challenges, from the closure of Denison’s Brewing Company, where his Weissbier gained international renown, to being prevented by a legal technicality from brewing that same beer at Mill Street. For the last 10 years he’s been a contract brewer, relegated to observer status as others brewed his beer for him.

Now at Side Launch, Hancock has an ownership stake in a bricks-and-mortar facility where he once again is the brewer of record. It remains to be seen, however, how the newly branded Side Launch Wheat will be received. Denison’s Weissbier was the highest ranked hefeweizen in the world for close to a decade on one of the web’s most influential sites.

“It’s actually a little embarrassing, how that started,” concedes Hancock. Ratebeer.com’s editor-in-chief was raving about it as early as 2002, “and obviously that affected how other people view it.”

At the time, Denison’s was only available at the Victoria Street brew pub now occupied by the Beer Academy. Unlike other brands that would lose their characteristic freshness after being bottled and shipped long distances, his had the advantage of being scored by a community of enthusiasts drinking it at its source. “I’m sure people in Germany were saying, ‘Who the hell is this English guy in Toronto?'”

Ratebeer still lists Denison’s Weissbier as the third-best hefeweizen on the planet. Side Launch Wheat, despite being brewed by Hancock from the same recipe, still doesn’t figure in the top 50. Fortunately, it is available at plenty of LCBO locations. (Incidentally, Side Launch Dark Lager – formerly Denison’s Dunkel – is number two on ratebeer.com.)

Getting respect for an upstart brand would be a challenge for any brewer. Making matters worse is the suggestion that other, better-financed craft brewers are using nefarious means to restrict the marketplace.

No one is naming names – at least not for the record – but bitter sales reps and their bosses all have stories about brewers they used to admire paying to get their kegs onto draught lines at bars. That, in fact, is illegal, but through creative marketing (patio umbrellas, sponsored parties, baseball tickets or other favours), companies with bigger budgets can make it pretty easy for a publican to get complacent about their non-rotating taps.

“Because it’s so competitive, people are cutting deals and doing different things,” explains Mittag. “Instead of craft brewers taking [business] from bigger brewers or international brewers, they’re taking from each other.

“They’re hunting in the same place. If you want to be successful and grow, you have to learn to hunt in places that aren’t over-hunted.”

The way it was

Try to imagine how much more competitive it would have been in the 19th century. Jordan St. John and Alan McLeod’s new book, Ontario Beer: A Heady History Of Brewing From The Great Lakes To Hudson Bay ($21.99, History Press), tells of breweries operating side by side near Trinity Bellwoods Park. Three more were within stumbling distance of one another in Corktown, several others in Rosedale Valley and the area we now call downtown. Toronto’s population at the time was approximately 80,000.

To the east, Kingston’s 136 licensed establishments vied for the affections of fewer than 9,000 residents. In London, meanwhile, Labatt was outpacing its competitors, building an empire that continued to add staff even through Prohibition. Its India Pale Ale famously won the gold medal at the 1876 World’s Fair in Philadelphia and would remain the brewery’s flagship brand until the 1950s.

But as larger brewers like Labatt gained access to better distribution, first through railways and later highways, local breweries in smaller centres couldn’t compete with the prestige (and presumably better quality) of the bigger, more mechanized ones. By 1958, Ontario had just five producers.

It wasn’t until the 1984, when Jim Brickman started Brick Brewing in Waterloo, that new Ontario breweries started popping up again. Upper Canada, Wellington County, Great Lakes and Amsterdam followed in the next few of years, and despite some stagnation in the 90s, the local scene has grown impressively ever since.

The way it will be

Although the industry continues to grow, some believe a craft beer cull is coming. With a new generation of beer snobs posting blogs and barking opinions at anyone who’ll listen, drinkers suddenly have better information and expect more from each pour.

“At some point consumers are going to get tired of all things new all the time,” says Mittag. “The evolution of beer has been about consistency and quality and something you know you can count on every time, rather than opening a cap and getting a surprise. The brewers who are going to be successful over the next 10, 15, 20 years are going to be the ones who produce balance, consistency and quality every day, day in, day out, and not 100,000 different varieties.”

The head brewer at Side Launch, who has no interest in cutting deals, is counting on it. “If you stick to your guns,” declares Hancock, “you can stand on the quality of your beer. That, and your honour.”