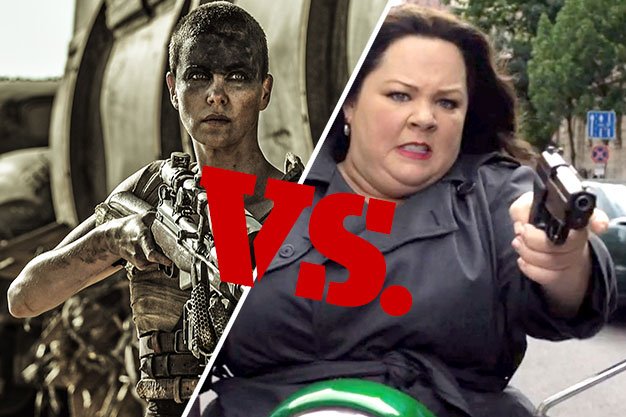 One is a terrifying, nigh indestructible automaton with unshakable programming. The other is a Terminator.

WINNER: TOM CRUISE, who immediately deems the T-101 a Suppressive Person and directs the full force of his charisma upon it, melting it down into a puddle of molten steel.

Inside Outs Anger vs. Minions Minions

Yes, Anger (voiced in Pixars magnificent summer comedy by Lewis Black) is but one emotion, and the Minions are legion. But those goddamn talking Twinkies are also profoundly annoying, so its only a matter of time before Angers top blows literally and he melts them into goo.

WINNER: ANGER (who, lets face it, is way better in a fight).

After Spys resourceful CIA operative slips through whatever portal gets her to Fury Roads post-apocalyptic future, these two warrior women stare each other down for maybe three seconds before realizing theyre on the same side, protecting innocents and pushing back against assholes who dismiss them simply because of their gender. They then hit the road together in search of the next adventure.