NOW MagazineNewsSummerWorks 2017 was good, not great

SummerWorks 2017 was good, not great

SummerWorks 2017, which ended its 27th edition on the weekend by handing out its awards, was good, not great. By the. 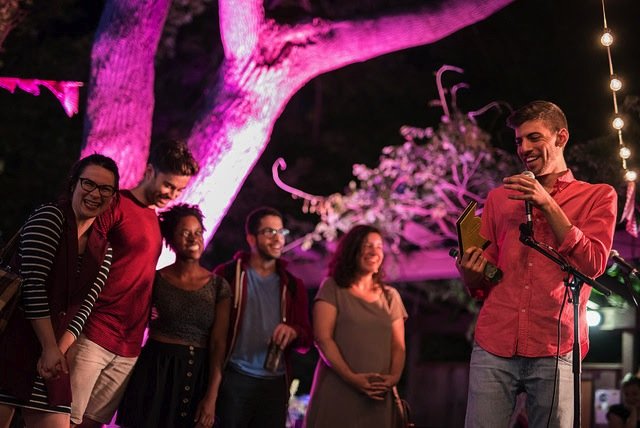 written and performed by Justin Miller

SummerWorks 2017, which ended its 27th edition on the weekend by handing out its awards, was good, not great.

By the end of its opening weekend, it was clear that there was no breakthrough show one that people were clamouring for tickets. Sure, some site-specific or one-day shows that had limited audience capacity sold out early, but judging from discussions with people throughout the fests 11 days, there was no one must-see production.

On the up side, all of the festivals venues were physically accessible and there were added relaxed and ASL interpreted programs. And some of the land acknowledgement introductions were truly inspiring.

Spinning the numbers, which obviously werent record-breaking for ticketed events, the organizers wrote in a press release that they achieved the highest attendance ever at our free programming events and the SummerWorks Intensive Leadership Program workshops.

The fact is, this edition felt smaller than ever. Double bills often felt awkwardly paired. And it didnt help that two water-based shows, The Waves and the site-specific Bodies Of Water (performed in a pool), dropped out of the festival, putting a damper on programming.

Still, the festivals picks were a decent bunch although many awards went to shows with very limited performances.

The Canadian Stage Award for direction went to D.A. Hoskins for Portrait, with Alyssa Martin getting an honourable mention for Dolphin.

The Buddies in Bad Times Vanguard Award for risk and innovation went to Icone Pop, with an honourable mention for Explosions For The 21st Century.

The newly renamed Jon Kaplan Spotlight Award, in honour of NOWs beloved late senior theatre writer, went to the cast of Boys In Chairs (Andrew Gurza, Frank Hull and Ken Harrower). Honourable mentions went to Shaista Latif (The Archivist) and Jasmyn Fyffe (What Do You See?).