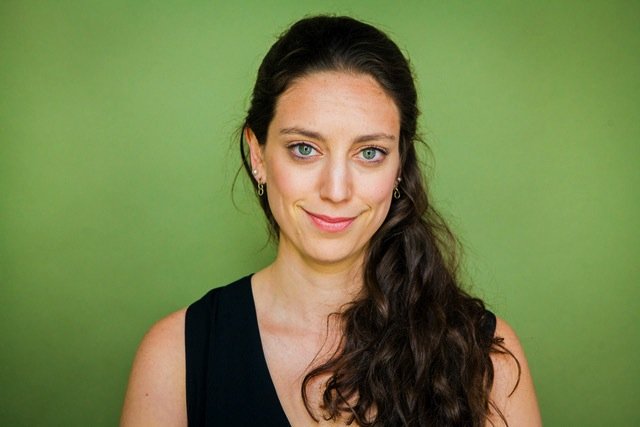 Julia Lederer compares her play of one-acts to a Black Mirror binge.

Julia Lederer compares her play of one-acts to a Black Mirror binge.

What would you do if the internet disappeared into thin air? Julia Lederer’s new collection of short absurdist comedies reminds us that we could still go to the theatre.

“Reality Theatre is just theatre,” she says with a laugh when asked if the name of her show reflects some bold new genre or manifesto.

“We go to the movies and buy into all these things like huge screens and special glasses to make the experience more real, but we forget that theatre has always been 3D, HD and live-streamed.”

Lederer says her anxiety about how quickly we adopt and adapt to new communications technologies like Twitter and Tinder with nary a thought to how they alter our behaviours, relationships and – most importantly – our selves, links the eight mini-plays comprising Reality Theatre, which she describes as, “part Black Mirror binge and part [David Ives’ classic collection of one-acts] All In The Timing.”

Like her best known play, the quirky-yet-deep romantic comedy With Love And A Major Organ – which debuted at the Fringe in 2012 and has since been published and performed multiple times in the United States with perhaps its biggest production coming this fall at Theatre at Boston Court in Pasadena, California – the characters in Reality Theatre also obsess over language and struggle with whether to follow their heads or their hearts as they face difficult choices in bizarre circumstances.

In one episode, a man comes out to his best friend as having signed a deal with the devil centuries ago making him immortal and impervious to the effects of aging.

Another finds neighbours attempting to entertain themselves when their Wi-Fi connection is cut.

Lederer says that there are thematic connections linking the eight stories, and that many characters reappear in later instalments that serve as follow-ups on their various predicaments.

The plays, she adds, unfold in different realities, but have roots in this one.

“One is about a woman who plays a spoon in the Broadway production of Beauty And The Beast, and she’s done all this research about how to best play a spoon,” says Lederer. “Then we see her 20 years later, and she’s been completely typecast as a spoon – the only job she can get is as a spoon, to the extent that she doesn’t even feel that she can cry for fear that she might rust.”

This, it turns out, is based on Lederer’s own strange experience as singing flatware.

“When I was doing my masters in drama at U of T, my voice teacher suggested I audition for a community theatre production of Beauty And The Beast – just for the experience of auditioning. I thought I’d just do the audition but ended up getting cast in the ensemble, and for some reason I thought I’d go with it for a bit longer, just to see what happened. Because all their costumes were coming from another production, we were cast in whatever costume fit best, and I fit the spoon! So, during the day I’d be in class debating the difference between theatricality and performativity, and then at night I’d secretly go to Fairview Library Theatre and play a spoon with a five-word solo.

“Theatre magnifies how absurd reality is,” she says. “It’s both a side-step out of reality, and a way of dialing things up just to see what that would be like. But often what’s surprising is not how different these exaggerations are, but rather how close to reality they get.”