LESSONS IN TEMPERAMENT by James Smith. At a. 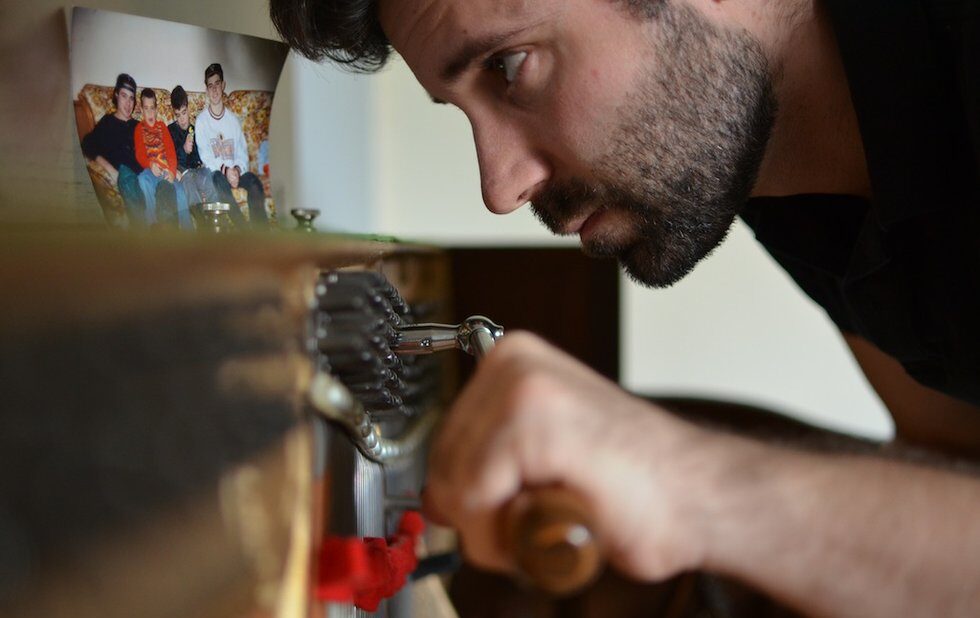 Artists attempt to make order out of chaos, a point that James Smith illustrates brilliantly in his moving, funny and instructive site-specific show Lessons In Temperament.

Performed in a private space (once your ticket has been confirmed, you’ll be emailed the address), the show features composer/musician Smith tuning a piano and giving us lessons about harmonies, the concept of “equal temperament” and the fact that the piano will, from the moment it’s been tuned, start to immediately go out of tune.

The point is, there’s only so much you can control in your life – a lesson Smith also imparts in his series of stories about his family he tells while he’s doing the tuning. The youngest of four boys, he got to watch his older siblings deal with obsessive compulsive disorder, autism and schizophrenia.

He himself has struggled with compulsive behaviour, particularly around the number four and multiples of it. His parents, especially his gruff father, aren’t particularly helpful shedding light on the family’s history with mental illness there’s the suggestion that they’ve kept secrets.

But what Smith eventually comes to terms with is seeing the world through his parents’ eyes, appreciating his siblings for who they are (and not what people expect them to be) and appreciating his own ability to put things in balance, if only temporarily.

In this intimate, deeply felt and poignant show directed by Mitchell Cushman, these are wise and heartfelt lessons for us all. The piece of Beethoven that opens and closes the show demonstrates this lesson with beauty, grace and an acceptance of both human limitation and potential.