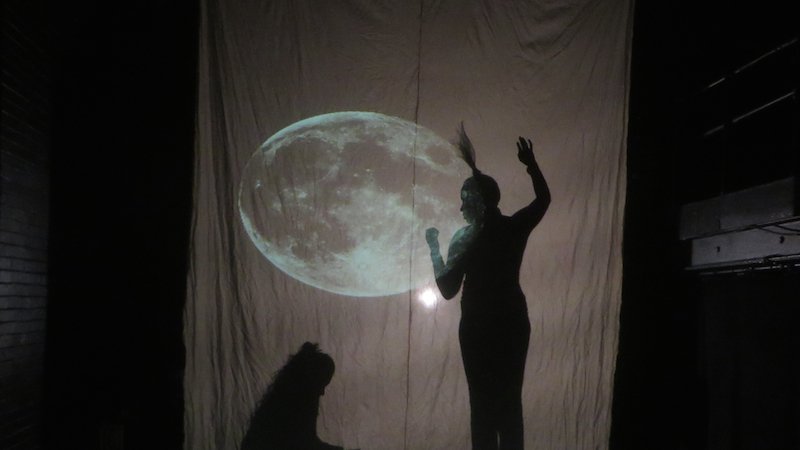 Tijiki Morris‘s Brechtian immigration parable blending shadow puppets and live action takes a while to click, but once it does, it delivers some stunning visual moments and raises important questions about culture, belonging and coping with loss.

The complex story, which could use a clearer introduction, focuses on a woman born in a fictional country called Marvi. She was raised and now lives in a neighbouring but culturally different country called Pokrun, in an immigrant ghetto called Little Marvi Town. After her best friend is murdered amid rising tensions, she returns to Marvi to explore her ancestral and cultural roots, and to find a lake captured in an old family photograph.

In the process, she encounters an array of funny anthropomorphized shadow-puppet animals the bureaucratic border guard birds are a hilarious bit and magical Djinn, who offer her revealing tidbits of history and wisdom.

Under director Ximena Huizi, the production at times feels a little disorganized and awkwardly paced especially in the opening scenes in Little Marvi Town but once the main character is on her journey, the show comes together with cute and crafty shadow creatures, trippy projections and an enchanting and catchy score by Michelle Bensimon. All of these create a magical space in which to engage with these important and timely questions about immigration and identity.