SummerWorks review: The Smile Off Your Face

THE SMILE OFF YOUR FACE originally created by Ontroerend Goed (Re:Current Theatre/SummerWorks). At Artscape Youngplace Studio 107. Aug 8 at. 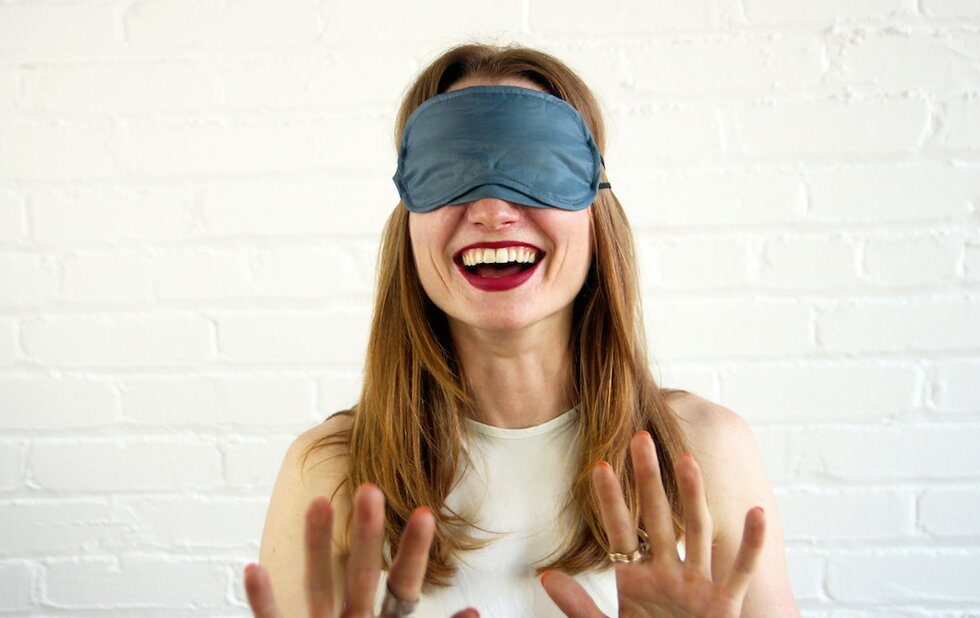 It’s difficult, especially during a frenetic festival like SummerWorks, to just let go, relax and immerse yourself in an experience. But The Smile Off Your Face, created by Ontroerend Goed, the Belgium company behind the interactive political show Fight Night, forces you to do just that using every one of your senses… except sight.

Blindfolded and placed in a wheelchair with your hands gently bound in front, you’re wheeled through doors, up and down ramps and around corners to various stations. What happens at these stations should be a surprise, so all I’ll say is that some involve touch, some involve conversation and some even involve smell and taste.

Of course, you’ll find your sense of hearing especially heightened as you try to anticipate what’s coming, and from what direction. After a brief period of adjustment, you’ll learn to trust the person (or persons?) wheeling you around and occasionally manipulating you to stand, sit and even lie down. (How much more vulnerable it feels to be lying down, rather than seated, with one’s hands tied.)

As with a lot of intimate pieces of live art, you’ll be asked to contemplate big issues like happiness, love and fear. There are no wrong answers, but the experience might make you wonder why speaking to someone without seeing them makes you more open.

If you have issues with being touched or surprised, this might not be the show for you. And of course, for the hearing- or sight-impaired, it will be an entirely different experience.

But I found it a highly effective, lightly existential amusement park ride. And if you think a brief 25-minute show like this wouldn’t have a climax, you’d be wrong. The final moments, in which the title comes into play, are absolutely thrilling, and put everything you’ve just experienced into context.