THESE VIOLENT DELIGHTS by Cole Lewis (Guilty by Association/SummerWorks). At Factory Mainspace. Aug 9 at 10:15 pm, Aug 10 at. 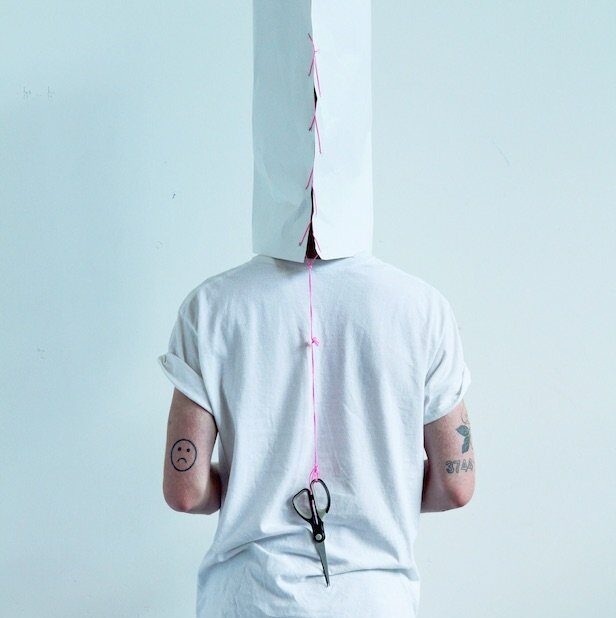 This stunning, otherworldly ensemble piece from Vancouver-based director Cole Lewis (who audiences might remember from past SummerWorks shows Antigonick and Moderato Cantabile) succeeds in prompting a critical rethink of both Shakespeares Romeo And Juliet and the role of monuments and memorialization in society.

Executing well-choreographed group movements and wearing creepy-as-heck cylindrical smiley face masks, the ensemble, dressed in nightgowns, weave a dream-like parable about the aftermath of the young lovers suicides from the perspective of the Nurse, who in the original play acts as a surrogate mother and guardian to Juliet.

Here, stricken with guilt over her role in the deadly affair, the Nurse debates attending the unveiling of a fancy memorial, which is said to have also played in a role in quelling the ensuing hostilities.

The production is at times on the cryptic side, with performers sharing and swapping roles. And the Factory Mainspaces cavernous acoustics occasionally make spoken lines doubled by a distorted pre-recorded track difficult to understand.

But the shows central question about whether monuments (especially war memorials) serve to preserve historical truth or political power comes through loud and clear, especially in the striking finale.

Working athwart Shakespeare, the show questions the place and agency of women in both fictional Verona and the Bards work, casting the famous play and its author in an important new light.