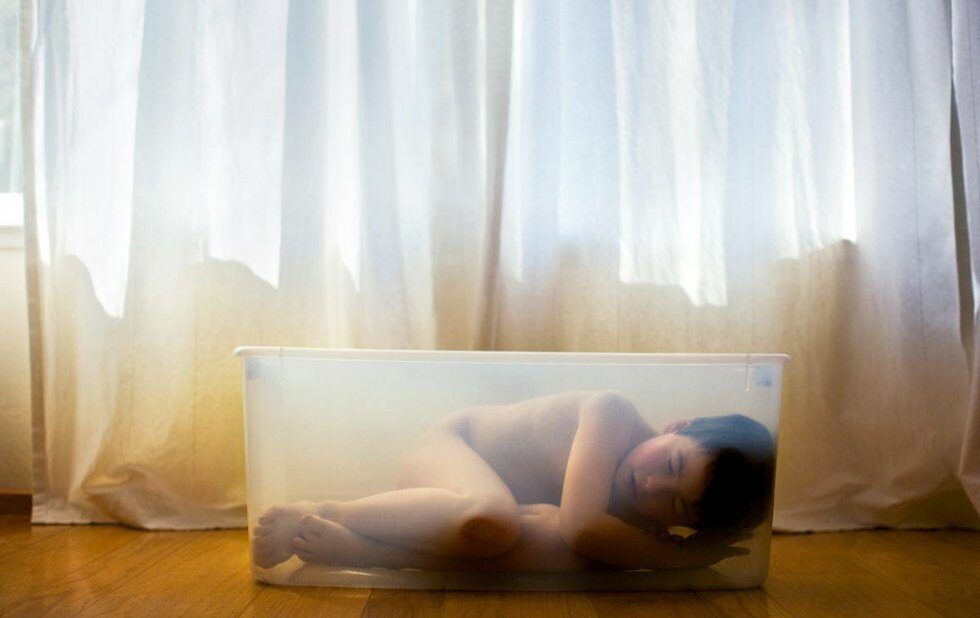 We tend to think of theatre as a visual medium, but Ghost River Theatre’s Six Senses Series – featuring shows based on each of the senses – is making us rethink that.

Tomorrow’s Child, the Calgary company’s adaptation of a Ray Bradbury short story, is an experiential piece that appeals to our sense of hearing. Blindfolded, the audience is led by a group of people in lab coats into a space and into chairs that swivel. Then we get to hear the sci-fi tale – about the birth of a couple’s unusual child and how the parents deal with it – through a variety of strategically set up speakers.

Not being able to see things makes us concentrate on the vivid sound design, which includes everything from roaring helicopters to the quiet pinging of opening elevators and the stirring of a cocktail. Being able to swivel in one’s chair proves helpful, especially during the climactic scene in which sounds assault us from everywhere.

But the company doesn’t do as much as it could with the presence of live actors, including during the pre-show. Much of theatre is about the crackling, unpredictable energy between audience and performer, and this opportunity seems wasted. And the denouement, in which we’re allowed to remove our blindfolds, doesn’t pay off.

While technically Tomorrow’s Child is an intriguing exercise, it feels more like a cool room you might enter at the Science Centre, not a memorable piece of theatre.