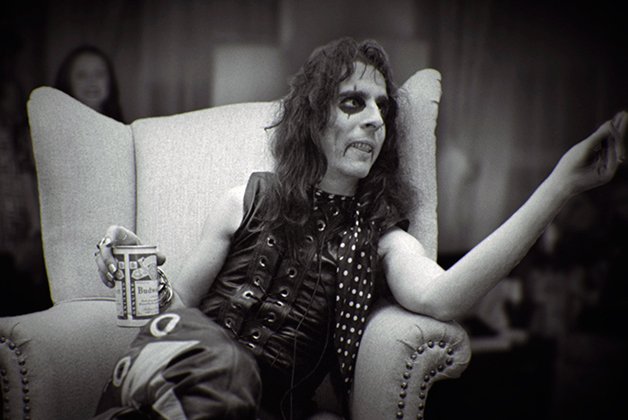 This Buds for you

If you’ve seen Iron Maiden: Flight 666 or Rush: Beyond The Lighted Stage, you know exactly what to expect – a loving portrait of an act that struggled to find its voice, developed a following and risked fracture from external and internal forces before coming through to the other side as a weary veteran of the scene. The difference here is that Alice Cooper started as a band and became a solo act when frontman Vincent Furnier assumed the mantle of “Alice Cooper” as a character.

As before, Sam Dunn and Scot McFadyen have basically made a radio documentary illustrated with relevant archival footage and animated photo collages. (This isn’t a dig, just an explanation of their process.)

This time they’ve brought on Reginald Harkema as co-director and co-editor I suspect he’s responsible for the extensive use of clips from John Barrymore’s 1920 turn as Dr. Jekyll and Mr. Hyde to drive home the metaphor of Furnier’s slowly being overtaken by the Alice Cooper persona – though the footage of him at the height of his cocaine addiction does that pretty well on its own.