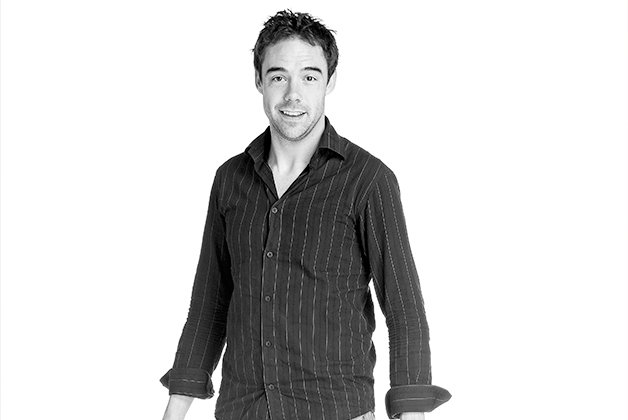 The new Soulpepper concert series, a pair of salon evenings, got off to a fine start last week with Berlin To Broadway, even if the material went far beyond the 20s and 30s period suggested by the title.

Directed by Gregory Prest and with musical direction by Mike Ross, the show ranged from Brecht/Weill material to Kander and Ebb, Rodgers and Hammerstein, the Gershwins and Cole Porter.

The music was almost uniformly strong, and Ross’s orchestrations were often ingenious, letting us hear familiar songs in a fresh way in the hands of the singers and a first-class band. His rendition of Alabama Song, to a keyboard accompaniment that had the sound of a squeezebox, got the show going, followed by Courtney Ch’ng Lancaster’s chilling rendition of Pirate Jenny.

Salvatore Scozzari’s Brother, Can You Spare A Dime ended on an intentionally angry note, while Peter Fernandes offered an unconventional, rocking take on It Ain’t Necessarily So. Dan Chameroy’s rendition of Lonely House was as unsettling as Jeff Lillico’s Any Place I Hang My Hat Is Home was breezy and carefree.

Steffi Didomenicantonio had two gems: Maybe This Time and a jazzy, bluesy I’m In Love With A Wonderful Guy, a style you’d never expect for that song. Prest’s Lost In The Stars was tender and moving, accompanied by toy xylophones. It was as simple and subtly attention-grabbing as Hailey Gillis’s interpretation of a little-known Porter tune, All Of You.

But what brought the house down was Evan Buliung’s comic performance of Springtime For Hitler.

The mash-up finale was a real surprise: a blend of There’s No Business Like Show Business and What Keeps Mankind Alive. Alternating between the optimism of Irving Berlin’s Broadway melody and the cynicism of Brecht and Weill’s Three Penny Opera, the adaptation ensured that Ross’s musical innovation made him the evening’s star.

Can’t wait for the next show, inspired by stops made by the last Orient Express train to travel across Europe before the Second World War began. It runs next Tuesday and Wednesday (February 25 and 26).

Ever wonder what happens to Chekhov’s characters after the final curtain?

In Afterplay, a tribute to the Russian writer, playwright Brian Friel takes a look at a pair of his unsatisfied characters, Uncle Vanya’s Sonya and The Three Sisters’ Andrey, brother of the title characters, 20 years after their respective plays end. Friel has a deep familiarity with the characters, having done his own adaptations of the original plays.

The Toronto production, which runs at Campbell House, features Tracey Ferencz and Steve Cumyn, with direction by Kyra Harper.

And if the play alone isn’t enough to draw you, the admission price includes an authentic Russian tea.

There’s probably no wittier or bawdier play in the English language than William Wycherley’s Restoration comedy The Country Wife.

In George Brown Theatre’s production, director Alan Dilworth catches the right combination of elegance and speed in the story of Horner (Adam Pellerine), a London rake who spreads the rumour that he’s impotent, thus reassuring the noble husbands in his circle that it’s safe for their wives to spend time with him. The women, more determined to protect their reputation than their virtue, are only too happy to go along with the deception.

Add to the plot Pinchwife (Stephan Ermel), a jealous newlywed young Margery (Alina Kouvchinova), the title character, his naive but fun-loving and curious bride his upright sister, Alithea (Fiona Sauder), wooed by both the foolish Sparkish (Alessandro Costantini) and the more loyal Harcourt (Jack Everett) and a slew of wives and daughters happy to partake of Horner’s company and the comedy is nicely set up.

Dilworth winds up the action with care, moving the story along quickly. He’s especially successful at the end of the production’s two acts, increasing the speed and revving up the laughs.

Pellerine shows us the sensual side of Horner as well as his trickiness, while Costantini’s broad performance proves an audience favourite as the ass who thinks he’s a wit. Sauder’s Alithea has great presence, the actor handling text and emotions expertly. Though Kouvchinova captures Margery’s plainspoken nature, the character’s innocence often feels forced.

Other standouts are Kasey Dunn as Lady Fidget, one of Horner’s lovers, who helps dupe her husband, Sir Jasper (Matthew Shaw), about Horner’s illness, and LeeAnn Ball as Alithea’s tart maid, Lucy.

Jorge Sandoval’s design includes touches of contemporary clothing at the start, but by the second act we’re in full period mode, complete with wigs and beauty spots. The British accents also intentionally snap into place here. It’s as if the first act gives us a view of these characters unadorned and then, when we know what they’re really like, dresses them not only in 17th-century costumes but also with the hypocrisies they present to the world.

Danceworks’s latest is the world premiere of A Soldier’s Tale, choreographed and directed by Michael Greyeyes, artistic director of Signal Theatre.

The show looks at the consequences of war not only for soldiers but also their families, using a time frame that extends from the Second World War to more recent engagements in Iraq and Afghanistan.

But don’t think of A Soldier’s Tale as simply for dance audiences. The piece is written by Tara Beagan, co-director of the recently formed indigenous company Article 11 Performance Group, with dramaturgy by Yvette Nolan. Both artists have a history with Native Earth Performing Arts.

In addition to dancers, among them Louis Laberge-Côté, Brendan Wyatt and Ana Groppler, the performers include actors Keith Barker, Jamie Maczko, Tamara Podemski and PJ Prudat.

The potentially addictive nature of online gaming is the source of n00b, Christopher Duthie’s solo show, a production by Calgary’s Vertigo Theatre at Young People’s Theatre.

The title refers to someone inexperienced at video games, but over the course of the show it extends to a general put-down of anyone, in everyday life or online fantasies.

Daniel, its central character, starts to have trouble distinguishing between the real world and the military games he so enjoys, connecting more to his gaming buddies, especially a leader named Suntzu, than to his school friends. When his father takes away his games, Daniel tries to find Suntzu, who turns out not to be the kind of guy he appears to be in game mode.

Under Nathan Pronyshyn’s direction, Duthie is an agile and convincing performer, using body language and vocal range to distinguish between the characters. Climbing all over Deitra Kalyn’s white blocks of a set (it suggests both Tetris and Minecraft), Duthie takes the audience on a harrowing ride that clearly depicts the two Daniels, one having a hard time staying connected to his family and friends and the other revelling in the online war world.

Does it succeed? The young audience around us was caught up in the action and full of questions at the end. No doubt that it held their attention because of its relevance to their lives.