Hot Docs may have taken over Toronto again - which reminds me, the first screening of this year's cover-featured Harmontown. 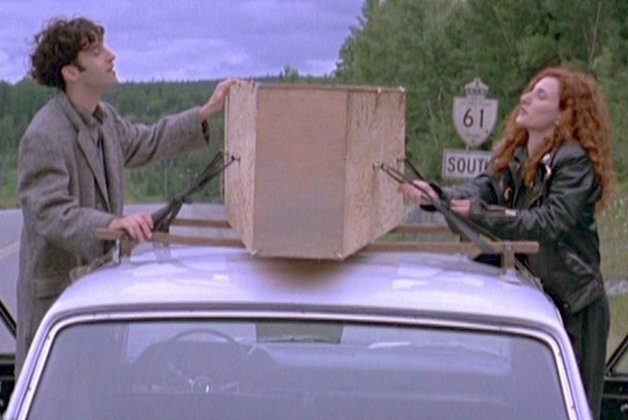 Hot Docs may have taken over Toronto again – which reminds me, the first screening of this year’s cover-featured Harmontown is tonight (Friday) at midnight at the Bloor – but you can only gorge on documentaries for so long. Trust me on this. I speak from experience.

If you find yourself needing a break on Monday, my good friend (and freshly minted author) Adam Nayman is launching another of his In Nayman’s Terms lecture series at the Miles Nadal JCC.

This one’s devoted to David Lynch, examining the auteur’s work for film and television over eight classes between now and June 23. (There’s a break for the Victoria Day weekend.) He’s going in chronological order, so this first class will kick off with a look at Lynch’s breakthrough short films and first feature, Eraserhead.

Adam is an exceptionally gifted reader of auteurist filmmakers – just read anything he’s ever written on Paul Verhoeven, including that just-published book on Showgirls – and in Lynch he’s got a subject as endlessly readable (and as specifically kinked) as Stanley Kubrick. This should be well worth your time.

David Lynch In Nayman’s Terms is $90 for the whole series, $12 per evening for drop-ins and $6 for students the full schedule is right here.

Need something to do on Tuesday? Well, it’s National Canadian Film Day, and as I’ve written in this week’s paper the Royal is marking the occasion with a double-bill of Bruce McDonald’s Highway 61 and Don McKellar’s Last Night. What I couldn’t confirm when we went to press is that I’ll be there as well, moderating the filmmaker Q&As with McDonald and McKellar after each film screens – which automatically makes a great evening even better, surely.

Please come it’ll be fun. Seriously, when was the last time you saw Highway 61 on a big screen? If you can’t get downtown, check out the full list of participating theatres and screenings on the NCFD website. I’m sure you’ll find something cool.