It’s a pleasant listen all the same 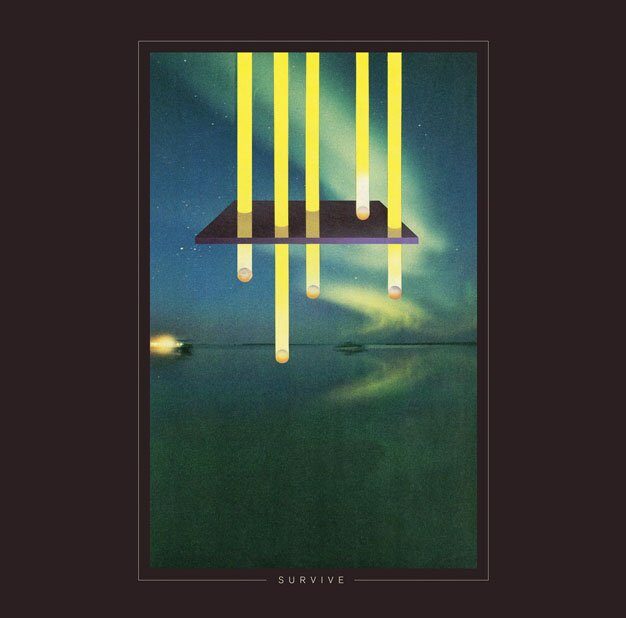 One way to think of S U R V I V E’s third album is as a synth museum come to life, dozens of machines burbling away in self-automated harmony.

Instantly familiar vintage tech sounds happen alongside familiar modern ones, all of which are further mediated by modern gear that perfectly emulates vintage instruments and vintage gear that does the same for analog instruments. Any of the idiosyncrasies or personality quirks of the four dudes pushing all the buttons are submerged beneath spacious, sumptuous arrangements that foreground the distinctive timbres of the instruments themselves, almost to a fault.

In contrast to the leaner, more narrative-oriented soundtrack to Stranger Things scored by two of the band’s members, RR7349 is more complex but less immersive. There isn’t an interesting melodic phrase or chord progression anywhere on this album. Rather, it’s the dense layers of rich textures that do the heavy lifting. And while it’s not exactly a “retro” album, songs like A.H.B., Dirt, Wardenclyffe and Cutthroat all trade heavily on iconic keyboard sounds, like the buzzy ambient pads of the Roland Jupiter-6 or the woozy, detuned Korg voicings favoured by John Carpenter.

Despite a couple of interstitial tracks just past the halfway mark, RR7349 is more like a suite of discrete moods than a cycle of songs. It’s on a spectrum somewhere between soundtrack and album: too ornamented to be background music but without enough conceptual underpinning to create a world of its own. It’s extremely pleasant to listen to all the same, akin to admiring an expensive car in RoboCop’s Detroit. If you have some household chores that could stand to be enlivened, this is worth a shot.