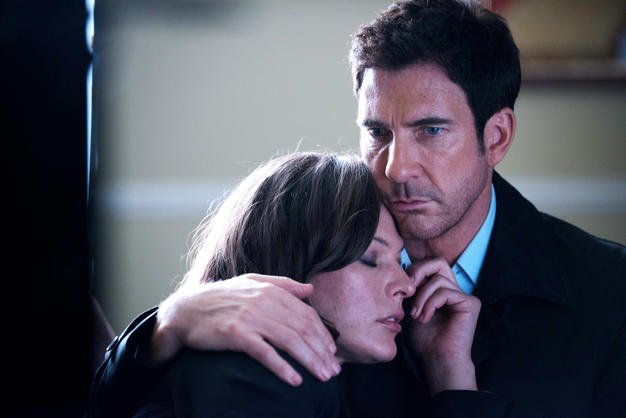 I’m pretty sure I wasn’t supposed to laugh out loud at several points during the press screening of Survivor, but at least I wasn’t the only one.

Survivor is a lame cat-and-mouse political thriller made absolutely insufferable by the filmmakers’ decision to force Milla Jovovich to play against the natural qualities – confidence, charisma, athleticism, intelligence – that make her a compelling, engaging action star.

Here she’s an American security officer in London set up as the patsy for a terrorist plot. Forced to go on the run to expose the conspiracy and clear her name, she spends the entire picture cowering and weeping while staying a few steps ahead of Pierce Brosnan’s inconsistently mustachioed assassin.

Director James McTeigue, whose V For Vendetta was both propulsive and visually intriguing, seems to have utterly checked out for this one. Surely that’s the only explanation for what may be the hackiest 9/11 reference yet deployed in an English-language motion picture. (That provoked the first laugh, but not the last.)

No wonder Jovovich keeps making Resident Evil movies. At least the series creators get her. 95 minutes.